Foreign Minister and Israel Beytenu head Avigdor Liberman, speaking at a press conference before a party meeting, welcomed Kadima’s entrance into the coalition but stressed that the new government faces two major tests – finding a replacement for the Tal law and the impending evacuation of the Ulpana outpost.

“This is a coalition Israel needs,” Liberman said, but “these are the two most important tests, and I hope we’re wise enough to pass them.”


Referring to the Tal Law, which expires in August, he said that coalition chairman and Likud MK Ze’ev Elkin’s recent proposal was inadequate. “We will not accept it. We expect a serious proposal, and to be consulted about it. We will fight to make sure that the bill will be serious and comprehensive.”

In light of the High Court’s ruling on Monday that Ulpana must be evacuated and destroyed by July 1, he said: “I hope that we will quickly resolve the problem. The residents who have lived in Givat Ulpana for years are law-abiding citizens. This is not an illegal outpost. It is the state’s mistake, and it must take responsibility. There are ways to regulate the matter with legislation.”

Liberman supports the passage of a law that will circumvent the High Court’s ruling by legalizing Ulpana, especially in light of the fact that the state permitted Ulpana residents to build their homes and community.

Liberman also ridiculed Yair Lapid, who was preparing to shake up the political arena in the now-aborted early elections. “The chances of being elected president of the United States are much higher than the chances that his party will still exist in 2020. This is obviously a one-campaign party.” 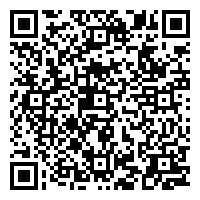