For several weeks now, my younger children have been gathering tree branches, logs, and wooden crates for their Lag B’Omer bonfires. I don’t know how they do it, but they work like skilled engineers, erecting teepee-shaped towers that rise thirty-feet high into the sky. The heat of the blaze is so intense, I have to be careful that my beard doesn’t catch on fire. The incredible wonder of Lag B’Omer in Israel is like nowhere else in the world. Not only are the hillsides of Jerusalem ablaze with towering bonfires in tribute to the great light of Torah that Rabbi Shimon Bar Yochai revealed; not only are the streets of Jerusalem inundated with the smoke of burning embers; but hillsides and streets all over the country are lit up with the fiery love of Torah which kindles in every heart. Not only the streets, my friends, but the smoke of these holy bonfires penetrates into every single apartment and house, like the aroma of incense on the Temple’s altar, penetrating through windows and concrete walls to reveal the inner spirit of every Israeli soul, of every Israeli home, revealing the secret, inner holiness of the entire country of Israel whose National Soul is completely Torah, no matter how secular its surface appearances seem.

This recognition is doubly important today, in the wake of Israel’s expanding secular government, when it seems that the light of Torah is being threatened. Not so. Lag B’Omer, and the holy Zohar, which it commemorates, teach us to look more deeply into the essence of our Nation’s soul.

This is what Rabbi Shimon Bar Yochai taught us – to see below the surface appearance to the inner reality, where the light of Israel shines in an eternal, unquenchable blaze.

Rabbi Kook encouraged the learning of the Zohar and said it was precisely its study which would forge a pathway to Redemption in helping us to uncover the great hidden light of Israel (Orot HaTechiya 57; Zohar, Parshat Naso 124B).

Inspired by the light of the Zohar, Rabbi Kook writes:

“Out of the profane, holiness will also come forth, and out of wanton freedom, the beloved yoke (of Torah) will blossom…. Let the bud sprout, let the flower blossom, let the fruit ripen, and the whole world will know that the Spirit of G-d is speaking within the Nation of Israel in its every expression. All of this will climax in a repentance which will bring healing and redemption to the world” (Orot HaT’shuva, 17:3).

Indeed, the revival of the Jewish Nation in Israel is a wonder that is impossible to explain in any mundane fashion. Clearly, there are powerful inner forces at work as we return to our homeland. Increasingly sensitized to our own national longings, we realize that gentile lands cannot be called home. The process takes time. The nation is not transformed overnight. But gradually, the curse of exile is erased. From being a scattered people, the Israeli Nation returns to have its own sovereign state. God’s blessing is revealed in all facets of the Nation’s existence; military success, economic prosperity, scientific achievement, the resettlement of the Nation’s ancient cities and holy sites — all ultimately leading to a great national t’shuva, the renewal of prophecy, and the return of the Divine Presence to the rebuilt Temple in Jerusalem, in fulfillment of our prayers.

Rabbi Kook explains that the secular, physical rebuilding which we have witnessed in our time must necessarily precede the spiritual building. The Talmud teaches that the Beit HaMikdash was first constructed in a normal, profane manner, and only after its completion was its sanctity declared (Me’ilah 14A). This is the pattern of spiritual building; first comes the physical vessel, and then its inner content. First the Ark is constructed, and then the Tablets are placed within. 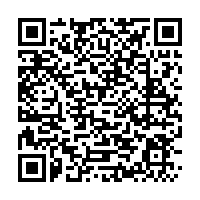