When Tali Ayal was diagnosed with advanced breast cancer at age 62, she never imagined she’d be on the other side of the helping hand that got her through the toughest four years of her life.

Eight years later, she is only too happy to share how she got through those years of chemotherapy and radiation, the friends she gained – and lost – and the lessons that continue to shape her life today.


At the time she was diagnosed, she was a retired English teacher who spent her days volunteering for various community programs, traveling, working in her garden, and living a healthy, active, and fulfilling life. When she got the call from her doctor that her annual screenings had come back with cause for concern and further testing, “I felt like the earth was pulled out from under me,” she recalled. “My life went from one of the living to one consumed by doctors’ visits and hospital treatments. Before cancer I loved going to the theater. During treatment, I could barely keep my eyes open long enough to watch a television program.”

Though Tali had a supportive family, friends, and neighbors, the logistical burdens of treatment were overwhelming. Her two grown children were already living on their own. Helping her get to the hospital for treatments in Jerusalem meant leaving their own homes outside Jerusalem at 7 a.m. in order to stay with her, drive her back home, and get her settled before going home to their own families.

“When I was preparing to start radiation treatment, one of the nurses asked me how I planned to get to and from treatment,” Tali said. “Treatment was going to be daily for nearly seven weeks. My children had lives of their own with growing families. I told her I would take cabs or drive myself. Of course, these were not options she was willing to support. She gave me the number of the Weingarten family, and that is how my relationship with the Israel Cancer Support Network (ICSN) began.”

Arele Weingarten helped create ICSN with his father and brother, based on a transportation program for cancer patients. He had recognized the need while the family provided support for his mother, Miriam, during her battle with cancer.

When they started the organization there were only a few people involved, with Arele, his father, and brother doing the driving. Tali was ICSN’s first “customer.”

“Arele’s father was a kind man,” she said. “I learned a lot about him and his late wife during our rides together. She was a generous and kind woman and she raised her sons to value charity and public service. The way they took the transportation service and expanded it to a full support network attests to their devotion to this cause.”

Eventually a man named David Friedman became Tali’s regular driver. “He would pick up patients from all over Jerusalem and neighboring areas,” said Tali. “The patients came from all types of backgrounds. We became a support system for each other. Radiation is tiring and a long process. I had to go in for 32 treatments in all – 64 rides. Many of us were drained by whatever treatment we were receiving, but Mr. Friedman was so patient and empathetic. He made sure we got to our homes safely. It was literally door-to-door service, and if a passenger felt ill, he would stop on the side of the road and help until the passenger felt able to continue traveling.”

After Mr. Friedman died, Tali kept in touch with his family and sends flowers to them every Pesach. “So many people with whom I shared those rides have passed on,” she said. “I never imagined I would be one of the ones to survive. I was already a grandmother when I was diagnosed. I don’t take any part of my life for granted now.”

Tali has been cancer-free for eight years now and has gone back to doing the things she loved pre-diagnosis, with even more zest. She’s traveled to Africa and Europe, attends concerts and shows, works in her garden, has her children and grandchildren over every Friday night for Shabbat dinner, and has resumed volunteering.

“Before cancer I volunteered doing things I enjoyed because they were pleasant. Community centers, botanical gardens, theater. Now I volunteer for ICSN’s care corners.”

Along with warm drinks and fresh pastries, the care corners serve as a supportive nook for patients, families, and staff members. “This illness is draining on the patients and their families,” said Tali. “We can’t take away their need for hospitalization and treatment , but making it a more pleasant experience for them is something I feel blessed to be a part of.” 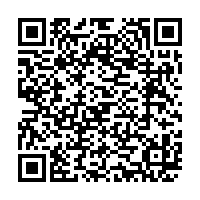