An IDF officer from a Bedouin village in northern Israel miraculously survived an attempted kidnapping on a highway near Nazareth by a gang of 15 masked attackers, albeit with serious injuries and the loss of his wallet and his gun, according to Israel’s Kan public broadcasting station.

The friend the officer was with was not so lucky: he was not able to escape the kidnappers.

The officer is a Bedouin Israeli from the northern town of Bir al-Maksur; it is possible he was not identified as a soldier because he was not in uniform at the time, officials said.

The two men was forced to stop their car when they were blocked by three vehicles, out of which exited 15 masked men. They yanked the officer and his friend out of their car and attacked them, punching them and beating them with iron bars and metal wrenches.

“They hit me in the head and tried to drag me into their Renault,” the officer told Kan in an interview.

“I tried to get to my gun. They kicked me in the chest . . . I lost consciousness and then regained it four times. Eventually I got myself under a truck. They drove over my hand, and I had to put my hand in my mouth [in order to stay quiet]. I was certain they were terrorists. They nearly killed me.”

There on the highway streaming blood, his friend kidnapped by the attackers, the officer tried to find help. Once he managed to get someone, he requested an ambulance and police.

His friend’s vehicle had disappeared – but police found it, abandoned. The attackers, however, managed to steal his gun and the wallet. “So far they (police) have not found the gun,” the officer told Kan.

They did, however, find his friend, miraculously, who was taken by the attackers to a secluded area and forced to curse and insult his village while being recorded.

They let his friend go, however, when they realized police were approaching the area.

Both men were hospitalized at Tel Hashomer’s Sheba Medical Center in Ramat Gan with multiple fractures throughout their bodies.

A number of arrests have been made, but the investigation is at the beginning. There are many questions to be answered and thus far the father of the officer told Kan he is disappointed with the way police are handling the incident, believing they are not taking it as seriously due to his son’s ethnicity.

This being an election season, however, it is unlikely that any case can be taken lightly, much less that of an attack on a Bedouin IDF officer. 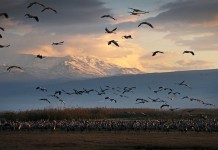 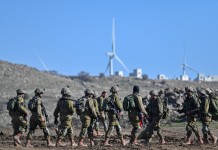 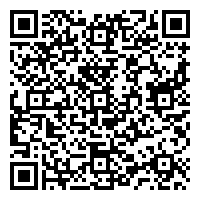