A church from the Byzantine period dating to around 400 CE was discovered in the Banias Springs Nature Reserve (a.k.a. Nahal Hermon Nature Reserve). The archeological excavations were conducted under the leadership of the Archeology Division of the Nature and Parks Authority under the direction of Prof. Adi Erlich and Ron Lavie of the Zinman Institute of Archeology at the University of Haifa.

Prof. Adi Erlich explained that “the Temple of the god Pan and the church were discovered in a topographic environment that combines a cliff, a cave, springs and a terrace created in ancient times from the collapse of part of the cliff, which is where the temples were built.

“In the Hellenistic period, in the third century BCE, worship of the god Pan began near the cave and the spring. Hence the origin of the name of the ancient city ‘Panias,’ which later changed to Banias (the Arabs who invaded the land of Israel in the 7th century from the peninsula could not pronounce the sound P – DI).

“King Herod built a temple in the area in honor of emperor Caesar Augustus (who reigned from 27 BCE until his death in 14 CE) at the end of the first century BCE. His son Philip founded a city called ‘Caesarea Philippi’ at the beginning of the first century CE. Throughout the Roman period, the city was an important center of worship for the gods Pan and Zeus.

“According to the New Testament, here in Banias Peter recognized Jesus as the messiah, and Jesus gave him the keys of heaven. In the early Byzantine period, around the year 320 CE, the city of Banias became an important Christian center with its own bishop and the pagan worship was gradually replaced by Christianity. The city declined after the seventh century CE but continued to exist throughout history. It was densely populated during the Mamluk period in the 13th century.”

Among the surprising finds discovered in the excavation are the remains of a mosaic floor decorated with crosses and other symbols, which led the researchers to conclude the structure used to be a church.

A large and unique dressed stone was also unveiled on which many cross marks were engraved, probably by pilgrims who visited the church after it became a center of Christian pilgrimage. The excavation also uncovered finds that indicate the earlier use of the place as a sacred Roman compound open to the sky for the worship of the god Pan, with niches and altars and decorated architectural items. A small pool was also found in the center of the compound.

According to scholars, the church, which used pagan architecture, was founded on the site when Christianity became the official religion in Israel in the fourth century CE. The unusual slopes and depressions in the mosaic floor and in the walls of the compound suggest the church was hit by an earthquake that struck the area causing half of it to sink. It was renovated in the seventh century by the Christians and became a pilgrimage site – based on the large stone with the cross markings found in the excavations.

According to Dr. Yossi Bordovich, head of the heritage department at the Nature and Parks Authority, “the excavations are now intended to complete the exposure of this temple in front of the cave in the reserve for the purposes of archeological preservation and further tourist development for visitors to the Banias Springs Reserve, managed by the Nature and Parks Authority.”

The Nature and Parks Authority notes that it will work to promote the accessibility of the new finds for the visitors to the reserve upon completion of the excavations. 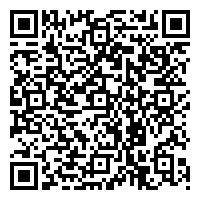