JERUSALEM – A group of young Israeli scientists and engineers are in the midst of building a unique spacecraft that would enable their inter-planetary vehicle to land on the moon near the landing sites of the former NASA Apollo missions sometime during the latter part of 2015 or early 2016. The project could earn them a $20 million payday from Google, the Internet search engine conglomerate.

Israel’s entry in the “Star Trek-meets-Amazing Race” like adventure, which has been dubbed as the Google Lunar X Prize Challenge, is being built by SpaceIL, an Israeli nonprofit co-founded nearly four years ago by Yariv Bash, Kfir Damari and Yonatan Winetraub, and headed by CEO Eran Privman. While several generous Israeli businessmen are underwriting the nearly $40 million cost for Israel Aerospace Industries to build the spacecraft, SpaceIL is offering a unique opportunity to anyone wishing to donate small amounts of money toward the fueling of the spacecraft via a special crowd-funding initiative. SpaceIL’s goal is to raise $240,000 from this initiative by June 17.


Nearly 20 teams from around the world are currently engaged in competing for Google Lunar X’s $20 million prize. But SpaceIL’s mission isn’t just about profiting $20 million. It is endeavoring to create an educational impact for Israel’s next generation. Space exploration has yielded a variety of devices that have impacted people’s lives on a 24/7 basis, ranging from satellite TV to water filters to UV Sunglasses. SpaceIL believes that Israel’s cutting-edge space industry has the potential to become a major growth engine for the Israeli economy during the next decade and beyond.

“We are attempting to create a new moment in history. We have the technological capability to launch rockets and satellites into space via Israel Aircraft Industries and the Israel Space Agency. By combining all of our efforts, I have no doubt that we will succeed and get to the moon,” Daniel Saat, SpaceIL’s director of business development told The Jewish Press. “The crowd-funding campaign allows us to build an international movement and enables each person to contribute to our moon mission, akin to putting a note in the Kotel.”

SpaceIL currently has 20 full-time engineers and 250 volunteers working on the spacecraft and its various innovative components. According to Saat, the spacecraft will be the size of a dishwasher that will weigh less than 1,000 lbs. However, it will be loaded with some of the most innovative technological features in the world.

“In our case, we will be piggybacking our spacecraft aboard a commercial space launch either from the U.S. or France – or even Russia. Once the rocket enters space, our payload will separate and fly to the moon,” Saat said. “We have several major challenges that we are dealing with. We are building a unique proprietary propulsion system that will not only get us to the moon but also will allow the spacecraft to land in the proper lunar ecosystem, hopefully near or within a former Apollo landing site.

“In order to accomplish this task,” Saat continued, “we are running a variety of computer scenarios using innovative algorithms. We are also trying to launch an ambitious space mission without spending lots of money. If we succeed, then our technology will hopefully end up being used in other missions.”

Saat acknowledged that there are many complex issues involved in perfecting the technology and getting the SpaceIL spacecraft primed for a commercial launch window. But failure is not an option and he is confident that SpaceIL will hit the target and collect the prize money from Google.

“SpaceIL is committed to using the potential prize money to promote science and scientific education,” said Saat. “We’re not waiting for the landing to create the impact. To date, SpaceIL has been presented to over 50,000 kids in classrooms all over the world. We are developing curriculum, videos and online content to reach many more.” 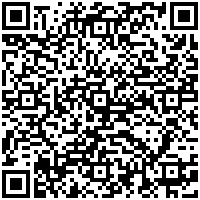