Last Wednesday, Israel’s Ministry of Labor, Social Affairs and Social Services informed the managers of the Social Services Departments in local municipalities on the following regulations regarding the distribution of food stamps to populations facing severe financial crisis.

“We view this initiative as an additional significant step in building specifically tailored responses for the needy population during this time of emergency, and we thank you in advance for your cooperation:

1. Out of concern for the food security of populations facing crisis, the Ministry has launched an initiative to distribute tens of thousands of daily meals to the population of senior citizens throughout the country. The operation has received a very positive response from the senior citizens benefiting from the service. Thank you for your cooperation under these difficult conditions!

2. The Ministry is currently launching a campaign to distribute 30,000 food stamps to populations facing severe financial crisis, as will be described below. These stamps are not meant for the population over the age of 65, who are being cared for via the meal program.

3. We are planning to distribute, starting from the week of April 5, 2020, food stamps for a sum of NIS 300 to families suffering from severe poverty, which results in a lack of food security for all members of the family.

4. A quota of food stamps will be allocated for each authority by a senior organization and administration department at the local authorities, using the overall relevant data in our possession. The quota will be sent to the authorities by March 30, 2020.

5. The target audience for receiving the food stamps as part of this campaign will only include those families who are under the poverty line and are not included in the Ministry’s food security program, as well as those with active placement as of March 15, 2020.

6. The following are the preferences of the Ministry for granting the stamps:

Poor families with at-risk children and/or children with special needs who were involved in welfare frameworks before the emergency period, and who had meal plans which are currently not being continued, with an emphasis on single-parent families.

Families of at-risk toddlers or children with special needs who do not fall under the above category but have expressed difficulty in dealing with the situation nutrition-wise, with an emphasis on single-parent families.

Low-functioning parents who have expressed difficulty dealing with the situation nutrition-wise or financially.

Families and individuals with special difficult according to the discretion of the department manager.

7. After the quota is sent to you, you must send the details of the citizens/families who you have chosen to receive the food stamps, within the quota set for you based on the aforementioned criteria, to the district organization and administration supervisor at the authorities, by April 1, 2020. The list will be sent on an electronic spreadsheet that will be sent to you. All of the fields on the spreadsheet must be completed.

9. The Ministry will review the lists that are sent (digitally and by telephone).

10. After the list is sent, no additional names can be added. The food stamps will be distributed to those included in the authority’s list only.

11. The stamps will be distributed by Eshel Jerusalem as part of its collaborative operations with the Ministry.

12. The food stamps enable the purchase of food items only, via website, telephone or physical purchase, at the stores listed on the letter accompanying the food stamps.

13. Distribution of the stamps will be the responsibility of Eshel Jerusalem and in the manner that it determines.” 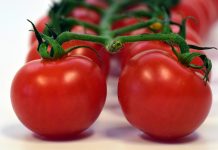 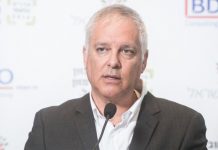 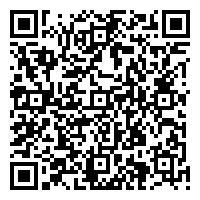