Manar Abu-Hajjaj, 34, from Lod, and her 14-year-old daughter Hadra , were shot and killed at 10:40 Monday night while they were sitting in a car on Rav Kook Street in Lod. Hadra’s twin sister, Maryam, was moderately injured and taken to hospital.

The murdered mother was married to a known Arab criminal named Issam Abu-Hajjaj, who is suspected of drug offenses and fled Israel a long time ago, first to Colombia and later, apparently, to Morocco. Some three years ago, his previous wife, Samer Khatib, was also murdered. Three of Abu Hajjaj’s family members were indicted for Khatib’s murder, in her car, together with a girlfriend. The charges were reduced from murder to complicity in murder and the three relatives are serving ten years in prison.


The murders three years ago and last night are presumed to have been acts of revenge against the drug dealer Abu-Hajjaj.

Prime Minister Yair Lapid said on Tuesday morning that “the terrible murder of Manar and her daughter Hadra, together with the sequence of violent events of the last few days, requires us to increase enforcement and the presence of police forces in the cities and to make the punishment for any act of violence more severe.”

The commander of the Central District of Israel Police, Superintendent Avi Biton, assessed the situation in the city Monday night and ordered an increased deployment of police officers.

Meanwhile, a man was slightly wounded by gunfire last night in the Arab town of Tayibe. A private ambulance evacuated him for treatment at a nearby hospital, but a group of unidentified men kidnapped him from the ambulance and left with him. The police arrested a suspect for involvement in the shooting and kidnapping. Police forces are conducting searches in an attempt to locate him.

On Sunday, Nidal Agbaria, 44, an independent journalist, was shot to death near his home in Umm al-Fahm. According to eyewitnesses, masked men fired several bullets at him from short range, hitting him in the head. The police suspect that Agbaria was murdered over his brother’s financial debt to criminal organizations in Arab society, and the gunmen intended to shoot the brother, who left his home more than a year ago and has since disappeared.

Last night’s double murder in Lod follows a very lengthy list of murders in Israel’s Arab sector, despite the police’s activity and the victorious data it presents from time to time. One police source told Maariv that even if ten murder attempts are thwarted every day by the police, the fact is that if someone wishes to eliminate someone else in Arab society, the ease of obtaining illegal weapons, and the ease of operating boldly and fearlessly in Arab towns and villages means that he would carry out his desired murder.

This has been one day in the violent reality of Arab society in Israel. On Monday, I recommended in the context of the coming third Intifada in Judea and Samaria (Call this One the Rosh Hashanah 5783 Intifada) that the only effective way to prevent it is lockdowns for the foreseeable future. I heartily recommend the same for Israeli Arab locations.

Our Torah had no illusions about the murderous nature of Arabs (Genesis 16:10-12): “And the messenger of God said to her (Hagar, the mother of Ishmael, forefather of the Arabs), ‘I will greatly increase your offspring, and they shall be too many to count.’ The messenger of God said to her further, ‘Behold, you are pregnant and shall bear a son; you shall call him Ishmael (lit. God will listen), for God has paid heed to your suffering. He shall be a wild donkey of a person; his hand against everyone, and everyone’s hand against him; he shall dwell alongside all his kin.”

The African wild donkeys can run swiftly, almost as fast as a horse. However, unlike most hoofed mammals, they tend to not flee right away from danger, but defend themselves with kicks from both their front and hind legs. 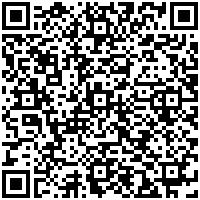