Interior Minister Ayelet Shaked has countermanded an order from the office of Prime Minister Yair Lapid (PMO) to remove two plans to build a total of 2,000 housing units in eastern Jerusalem from the agenda of the Jerusalem District Planning and Building Committee.


Shaked, who now leads the Yamina party, refused to remove the plans from the agenda and in fact postponed the entire agenda, which includes construction plans for both Jews and Arabs, by a week, a Yamina source told JewishPress.com.

The plans are to be discussed without changes at the rescheduled meeting.

“I will not allow harm to construction plans for Jews only on my watch,” Shaked said in a statement. “So, I decided to postpone all of the plans, by a week.”

The committee was originally scheduled to convene next Monday, three days after President Joe Biden concludes his 48-hour visit to the State of Israel. Its agenda was published this past Monday night, just 36 hours before the anticipated arrival of the US president.

Lapid’s office was reportedly surprised to discover that the plans appeared on the committee agenda, and PMO sources contacted officials in the Jerusalem District Planning and Building Committee to order both plans be removed from the agenda, according to a report by Israeli journalist Barak Ravid published by Walla! News.

A discussion scheduled for the Supreme Planning Board of the Civil Administration on construction in the E1 area between Ma’ale Adumim and Jerusalem that was set for next week has now been put off until September as well.

It is believed the intention to promote new construction plans in the eastern part of the Israeli capital next week would have provoked protests from the Palestinian Authority, thus clouding the impact of Biden’s visit to the region. 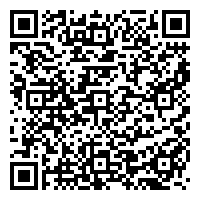