Yediot Books Publishing House will print a new edition of their 1997 wine guide that will include wines produced in Judea and Samaria.


Wines from Judea and Samaria had been included in Daniel Rogov’s widely respected Guide to Israeli Wines first published in 2005 and updated annually until the author’s death in 2011. Israel Hayom wine correspondent Yair Gat and wine consultant Gal Zohar filled the void this year with their publication of the New Israeli Wine Guide, but they had originally decided not to include wines from Judea and Samaria in the guide.

The project’s launch was celebrated with a special event in the Knesset. As an exception to regulations that generally forbid consumption of alcohol in the Israeli parliament, wines from Judea and Samaria were brought to the presentation, and a number of high-ranking guests made the Jewish blessing on wine and gave their blessing to the idea of a new guide.

Education Minister Naftali Bennett reminded those in attendance that Judean and Samarian territories had many wineries during Biblical times, and that while no wines were produced in the Land of Israel during the years of Muslim rule due to the Islamic prohibition on alcohol, “our generation is renewing the tradition that is more than 2000 years old.”

Knesset Speaker Yuli Edelstein praised the idea of a new guide as yet another step in the fight against the boycott of Israeli products and suggested that consumers and political entities have equal power in this battle. “Whenever I go to a restaurant, I always ask if they have wines from Judea and Samaria. Once it becomes an issue of consumer demand and not simply about ideology, it can lead to changes in attitudes and policies,” Edelstein said.

Science Minister Ofir Akunis added that wines from Judea and Samaria are his personal choice because “they simply are good.”

“The territories of Judea and Samaria are the perfect place to cultivate grapes because they are at the right altitude and have the right weather conditions a number of wineries that produce excellent wines have been founded there in recent years,” Israel Wine Experience CEO Oded Shoham told TPS. He added, however, that these wines have faced difficulties reaching consumers because of the controversy over their place of origin. “Owners of Judea and Samaria wineries used to ask me to help sell their wines in Tel Aviv area stores and restaurants, but it really depends on the owner of the place and the political attitudes of his clients,” Shoham said.

Critics of the original decision not to include Judean and Samarian wines noted that besides the fact that it lent support to the boycott of products from Judea and Samaria, it was also illogical because many wineries inside the Green Line use grapes grown in Judea and Samaria.

“If you look at the number of awards received in international competitions by Israeli wines, including those from Judea and Samaria, it’s almost as disproportionate as with Nobel Prize laureates,” Amichai Luria, a Samaria winemaker attending the event, told Tazpit News Service (TPS). 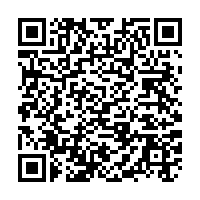