Seemingly lost in all the controversy over Member of Knesset Michael Oren’s new book, Ally: My Journey Across the American-Israeli Divide, is that at its heart the book is a memoir covering more than the author’s four years as Israeli ambassador to the U.S. from 2009-13.

“Very few people have actually read the book and seen what’s in the book, and the book is an American Jewish Zionist story,” Oren said in an interview with JNS.


“It’s about a young man who grows up in the post-Holocaust generation, whose father landed on Normandy and fought all throughout World War II. It’s a total American story. I grew up in this working class neighborhood, and I was the only Jewish kid, and I experienced a lot of anti-Semitism as a kid.”

During his childhood, Oren, who was born in upstate New York and raised in New Jersey, also overcame learning disabilities and the need to wear a leg brace to due physical limitations.

“I had a lot of challenges,” said Oren. “So the thought that I would somehow get through this and fulfill my dreams – I wanted to be a writer, I wanted to move to Israel, I wanted to be a soldier – is a big part of the story, before I get to Washington.”

Yet much media coverage, as well as American Jewish communal reaction, has focused not necessarily on the book but instead on essays Oren wrote for The Wall Street Journal and Foreign Policy magazine around the time of his memoir’s release. In the Journal, Oren wrote that Obama abandoned “two core principles of Israel’s alliance with America” – that there be “no daylight” and “no surprises” between the allies. For Foreign Policy, Oren wrote that Obama’s ambition to harmonize relations between America and the Islamic world might partly be the result of his personal interactions with Muslims while he was growing up.

For Oren, Ally is an analytical but also highly personal look at his time as ambassador.

“[Being ambassador] was my life’s goal, and I fulfilled it,” he said. “And I fulfilled it at a very challenging time for Israel. Not only did the United States have a left-of-center government, while Israel had a right of center government, but there were different worldviews. And the Obama administration came in with a worldview that was very different than anything Israel had known, and we had to deal with it. It came [at] a time of deepening divisions within America…there was bitterness over the wars in the Middle East, but also deep divisions within the Jewish community.”

Yet the crux of Oren’s outreach efforts remained U.S. Jewry, with the task of “always trying to get them to talk to one another, not just to [Israel].”

Oren, now a representative of the Kulanu party in the Knesset, has moved on from diplomacy to politics. But before assuming both Israeli governmental positions, he worked primarily as a historian, which made being a diplomat particularly challenging.

“I enjoyed many parts about being a ambassador, but I do talk in the book about the emotional and even physical price of having to maintain a certain facade, and how difficult that was for me as a historian, someone who is struggling to get at the truth. As a diplomat you know certain truths, but you don’t necessarily want to share them, for many important reasons,” he said. 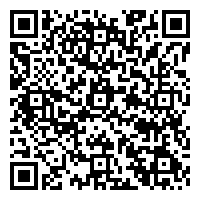