On Monday, U.S. President Donald Trump presented to the citizens of the United States his National Security Strategy, a mandated document prepared periodically by the executive branch of the American government for the Congress, outlining the country’s national security priorities and how the administration intends to address them.

President Trump’s National Security Strategy was a 55-page comprehensive blueprint that addressed the issue from a gestalt perspective.


The complete document may be accessed by clicking here.

President Trump has been the source of many historic “firsts” that relate to the State of Israel in the first year of his presidency, and this document has added to that list.

The section that deals with The Strategy in a Regional Context, specifically in the Middle East, for the first time ever lifts the blame for tensions in the region from Israel and “the conflict with the Palestinian Authority” and places it at long last where it truly belongs: at the doorstep of Islamist extremism and violence, the threats from jihadist terrorist organizations and from Iran.

Due to its complexity, JewishPress.com brings you the text of the section in its entirety.

The United States seeks a Middle East that is not a safe haven or breeding ground for jihadist terrorists, not dominated by any power hostile to the United States, and that contributes to a stable global energy market.

For years, the interconnected problems of Iranian expansion, state collapse, jihadist ideology, socio-economic stagnation, and regional rivalries have convulsed the Middle East. The United States has learned that neither aspirations for democratic transformation nor disengagement can insulate us from the region’s problems. We must be realistic about our expectations for the region without allowing pessimism to obscure our interests or vision for a modern Middle East.

The region remains home to the world’s most dangerous terrorist organizations. ISIS and al-Qa’ida thrive on instability and export violent jihad. Iran, the world’s leading state sponsor of terrorism, has taken advantage of instability to expand its influence through partners and proxies, weapon proliferation, and funding. It continues to develop more capable ballistic missiles and intelligence capabilities, and it undertakes malicious cyber activities. These activities have continued unabated since the 2015 nuclear deal. Iran continues to perpetuate the cycle of violence in the region, causing grievous harm to civilian populations. Rival states are filling vacuums created by state collapse and prolonged regional conflict.

Despite these challenges, there are emerging opportunities to advance American interests in the Middle East. Some of our partners are working together to reject radical ideologies, and key leaders are calling for a rejection of Islamist extremism and violence. Encouraging political stability and sustainable prosperity would contribute to dampening the conditions that fuel sectarian grievances.

For generations the conflict between Israel and the Palestinians has been understood as the prime irritant preventing peace and prosperity in the region. Today, the threats from jihadist terrorist organizations and the threat from Iran are creating the realization that Israel is not the cause of the region’s problems. States have increasingly found common interests with Israel in confronting common threats. (italics added)

Today, the United States has the opportunity to catalyze greater economic and political cooperation that will expand prosperity for those who want to partner with us. By revitalizing partnerships with reform-minded nations and encouraging cooperation among partners in the region, the United States can promote stability and a balance of power that favors U.S. interests.

POLITICAL: We will strengthen partnerships, and form new ones, to help advance security through
stability. Whenever possible, we will encourage gradual reforms. We will support efforts to counter violent ideologies and increase respect for the dignity of individuals. We remain committed to helping our partners achieve a stable and prosperous region, including through a strong and integrated Gulf Cooperation Council. We will strengthen our long-term strategic partnership with Iraq as an independent state. We will seek a settlement to the Syrian civil war that sets the conditions for refugees to return home and rebuild their lives in safety. We will work with partners to deny the Iranian regime all paths to a nuclear weapon and neutralize Iranian malign influence. We remain committed to helping facilitate a comprehensive peace agreement that is acceptable to both Israelis and Palestinians. (italics added)

ECONOMIC: The United States will support the reforms underway that begin to address core
inequities that jihadist terrorists exploit. We will encourage states in the region, including Egypt and Saudi Arabia, to continue modernizing their economies. We will play a role in catalyzing positive developments by engaging economically, supporting reformers, and championing the benefits of open markets and societies.

MILITARY AND SECURITY: We will retain the necessary American military presence in the region to protect the United States and our allies from terrorist attacks and preserve a favorable regional
balance of power. We will assist regional partners in strengthening their institutions and capabilities, including in law enforcement, to conduct counterterrorism and counterinsurgency efforts. We will help partners procure interoperable missile defense and other capabilities to better defend against active missile threats. We will work with partners to neutralize Iran’s malign activities in the region.”

Gaza’s ruling Hamas terrorist organization and its associated Palestinian Islamic Jihad terror group are both backed by Iran. The Gaza-based Salafist terrorists who have been firing rocket attacks at southern Israel over the past several weeks are linked to the radical Islamist Al Qaeda and Islamic State terrorist organizations. All have acquired new, more advanced ordnance, mortar shells and missiles in recent years — and all are being strongly encouraged by Iran to reboot the 2015 so-called “intifada” and perhaps even to launch another war against Israel.

For all of the above reasons, President Trump’s unprecedented show of support is more welcome than ever before, not only to the government of Israel but also among the grassroots Israeli citizens who have begun naming various sites and events for the American president to show their gratitude. Kiryat Yam Mayor David Even Tzur sent a letter to the White House to say a giant ecological park under construction is to be named for the president when it is unveiled next April. 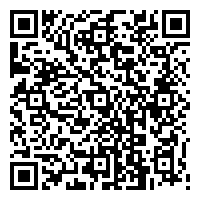