TEL AVIV – The disclosure last week that American intelligence spied on former Israeli prime ministers has given new momentum to the effort to secure a pardon for convicted spy Jonathan Pollard.

The Israeli daily Yediot Aharanot cited an unnamed Israeli official as saying the intercepted e-mails likely are “the tip of the iceberg” in U.S. spying on Israel.

And Yediot reported that the U.S. in 2007 rented an apartment directly across the road from then-Defense Minister Ehud Barak. Washington said the apartment was rented for a Marine working in the U.S. Embassy’s security department, the newspaper reported Sunday, adding that Israeli intelligence discovered that a large amount of electronic equipment had been delivered to and set up in the apartment.

Pollard’s case “isn’t disconnected from the U.S. spying on Israel,” Nachman Shai, the co-chair of the Knesset caucus to free Pollard, told JTA. “It turns out, it’s part of life. And what he did is a part of life.”

“We hope that the conditions will be created that will enable us to bring Jonathan home,” Netanyahu said Sunday at the Israeli Cabinet’s weekly meeting.

“This is neither conditional on, nor related to, recent events, even though we have given our opinion on these developments.”

When Pollard’s crimes first came to light in the mid-1980s, his activities seemed like a major act of betrayal given the close alliance between Israel and the United States. But the Snowden revelations show that spying by the United States and Israel was a two-way affair, prompting a new round of calls for the release of Pollard.

Support for freeing Pollard represents a rare point of consensus in Israeli politics, with 100 Knesset members among the 120 signing a letter asking Obama to release Pollard, according to Shai. Eighty members signed a similar letter last year.

But Ronen Bergman, an expert on Israeli intelligence who is writing a history of Israel’s spy agencies, says Israeli pressure is unlikely to convince President Obama to free Pollard in the short term.

“I’m quite positive that it won’t happen tomorrow because otherwise it will look as if the president of the United States accepts the claim that following the recent revelations from Edward Snowden, he should parole Jonathan Pollard,” said Bergman.

“But once the Americans were caught with their hands in the cookie jar, it paints the Pollard issue in a different color.”

The clamor for Pollard’s release has grown steadily over the past two years, with the late U.S. senator Arlen Specter, former attorney general Michael Mukasey and former secretary of state George Shultz, among others, expressing their support.

Jewish Agency for Israel Chairman Natan Sharansky, a vocal advocate for Pollard’s release who raised the issue last month in his speech to the General Assembly of the Jewish Federations of North America, told JTA that American calls for the release of Pollard hold more sway than Israeli advocacy.

“What really matters is what American public opinion and American professionals and the American Jewish community feel,” Sharansky said. 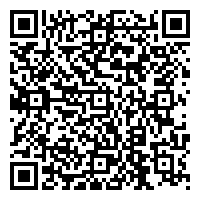