Barak and senior IDF commanders have publicly maintained that the army retains a “good working relationship” with the Egyptian military junta. Despite this, a growing number of Israeli officials, including Prime Minister Benjamin Netanyahu and IDF Chief of Staff Benny Gantz, have quietly expressed concern to the Pentagon and UN officials that the deteriorating situation in Sinai could force Israeli retaliation against the growing number of terrorist forces inside Sinai. The IDF is also contemplating using UAVs (aerial drones) to monitor the Egyptian-Israeli frontier. An armed drone could fire upon a terror squad in Sinai while operating inside Israeli territory.


Several months ago, a high-ranking American military official and a small number of soldiers stationed in the Sinai as part of the Camp David Accords’ UN-sanctioned monitoring unit, told an Israeli newspaper that several heavily armed terror organizations had deployed across large swaths of the Sinai. This potentially posed a danger to Egypt, Israel and the UN monitoring unit, the latter having been attacked on a number of occasions.

The deployment of Israeli tanks along the Egyptian-Israeli frontier is a technical violation of the Camp David Accords, which calls for a demilitarized zone along the border. Barak, though, allowed the Egyptian military to “violate” the treaty last year by allowing them to deploy heavily armed border police units along the border. Barak’s relative leniency came after Hamas and Islamic Jihad terrorists used the once porous border to launch a deadly cross-border attack on Israeli civilian and military vehicles.

The Egyptian military redeployment has had little, if any, effect on terror operations, some of which are allegedly being conducted by Bedouin terrorists affiliated with Hamas and bankrolled by Egypt’s Muslim Brotherhood. The Muslim Brotherhood has openly called for abrogating the 1979 Egyptian-Israeli peace treaty, signed by Egypt’s Anwar Sadat and Israel’s Menachem Begin.

Erection of a new soon-to-be-completed border fence is geared toward making it more difficult for terror groups to attack southern Israel, while virtually ending the smuggling of thousands of illegal African refugees into Israel by Sinai Bedouin racketeers. The fraudsters collected large fees from mostly Eritrean and Sudanese individuals fleeing their destitute countries.

Regarding the border fence, Netanyahu said, “This fence is designed to prevent both terrorism and the entry of infiltrators. From our perspective, its construction is a supreme national interest. I believe that if we hadn’t decided two years ago to build the fence, we would be facing a flood of infiltrators and – no less than this – a flood of terrorism.”

The IDF remained tight-lipped about defending yet another part of the country against the Grad missile threat. While the Mitzpeh Ramon region does not contain a large city, it is a major tourist attraction. For its part, Uvda hosts one of the country’s largest military bases and is the future home of a new international airport that will service Eilat within the next three years.

As for military readiness, the IDF currently has only four Iron Dome anti-missile systems, which can protect a limited number of heavily populated regions. Sources say that the IDF would need to operate a minimum of 12 Iron Dome batteries in order to provide nearly total coverage of the country. 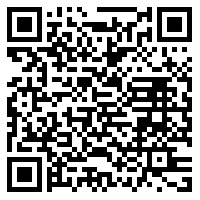