Members of Knesset from both the Coalition and Opposition called for the State of Israel to develop new policies to defeat its enemies, or its future might be challenging, on Monday. The Members of Knesset, with senior military and security leaders, heads of NGOs and academics, came together for the opening of the Knesset Israel Victory Caucus (KIVC), in coordination with the Israel Victory Project of the Middle East Forum.


“Israel is the only country in the world that breaches its defensive ability over its own territory,” said MK Hauser. “We have seen this in every round of fighting against Hamas, which undermines our legitimacy to be victorious. We had seven years since Operation Protective Edge in 2014 to prepare for Operation Guardian of the Walls, when we should have been preparing to ‘finish this story’ and failed to do so. Our policies should dictate our abilities and not the other way around.”

“The next round in Gaza will come, and it is only a matter of time, but the important questions about the decision-making and the need for victory must be asked now and understand these conclusions and how to put them into practice,” said MK Sova.

“There has been a steady deterioration in strategic decision-making since the First Lebanon War that has harmed Israel’s national security, so there is no choice but to return to the idea of victory,” said MK Steinitz. “The more we postpone it, the harder it will become. We could and should have finished off Hamas, we came so close in 2008.”

“In 2014, I was the only person in the Security Cabinet to call for the suppression (of Hamas), all others disagreed.”

“A year after Operation Guardian of the Walls, alongside the terrorist attacks over the past two months, the time has come to internalize, learn and change by strengthening the security of the citizens of Israel and the spirit of Israeli victory,” Gregg Roman, Director of the Middle East Forum, said.

Yair Maimon, a resident of Tekoa in the Gush Etzion, who killed a PA Arab terrorist who infiltrated his town last week, also spoke about the need to defeat Israel’s enemies.

“The morning after the attempted terror attacks, I posted a picture of my wife and I drinking coffee saying we were waiting for the next terrorist, with a wink, and the love and support we received showed that the people are thirsty for victory,” Maimon said. “We need to tell the people about victory. The Palestinians tell themselves a story that one more attack and their victory will be around the corner because they see us as temporary and can wait thousands of years and we will not be here.”

Major General (Reserve) and Former Ombudsman of the IDF Yitzhak Brick said that: “In Israel’s wars we fought with uncertainty, but with a commitment to the mission and a love of the homeland. Decisions at the political level are made according to the price being paid and not the necessity on the ground. Anyone who fears loss will not have the ability to win on the battlefield. This conduct will lead to a loss of fighting spirit and deterrence.” 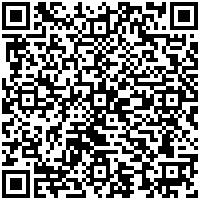