The art of survival politics is compromising for fear of losing popularity, while the art of leadership is taking bold stands without fear of popular approval. Looking at today’s Israeli political landscape it’s hard to find an Israeli leader. We seem to be governed by political survivalists.

Before the founding of the State, Menachem Begin bid his time leading the Irgun, which was second to the Haganah. He wouldn’t compromise his principle of fighting the British in order to gain popularity by being within the Haganah circle of influence. He waited until the Haganah recognized that he, Begin, was correct, and only then did he partner with the Ben Gurion-led Haganah.


After Israel’s founding Begin ran for office, hoping to be prime minister. He spent 30 years as head of the opposition. It would have been easy for him to compromise on his principles to gain popularity and rise up in the ranks to succeed Ben Gurion and other prime ministers. Begin refused to compromise and lost eight straight elections. He waited until the Israeli people would recognize the virtue of his position, and then he led Israel based on his convictions.

As prime minister, Begin took consistently unpopular positions because he felt they were correct. Knowing his base would be upset that he was pulling Israelis out of Yamit and other Sinai Desert settlements, Begin made the decision to do so because he felt they weren’t part of Eretz Yisrael and peace with Egypt was more important than keeping the new towns. He risked losing his base to make a decision he felt was correct.

When Begin found out that Iraq was building a nuclear weapons program and that the only way he could stop it was by bombing the reactor, he made the decision to bomb it. He was risking failure, the death of Israel’s treasured pilots, and the inevitable wrath of the international community, including Israel’s biggest supporter, the U.S., and its new president, Ronald Reagan. The bombing raid was successful, but Israel was condemned by the United Nations, and President Reagan withheld American assistance to Israel.

I look at Israel’s political representatives today and I can’t find anyone who has Begin’s courage and convictions. Prime Minister Bennett boasts of the “most diverse coalition” in Israel’s history. He seems to think a diverse coalition is something to be proud of – as if Israel is better off by a diverse coalition. Practically, it’s hamstrung the government into not being able to make any significant advances. A government that is diverse, but whose diversity prevents improvement, is a poor government and has lost its mandate to govern.

As a former special forces soldier, a successful businessman, the head of Yesha (the Settlements Council), and a former Likud operative, Prime Minister Bennett was a man of principles who would’ve been expected to stick to his values and not compromise for political expediency. Yet his entire coalition is one large compromise. Bennett claims he has compromised for the good of the budget and to end the cycle of elections. Given the choice between taking the position of prime minister and standing up for what he claimed to believe in, he took the compromise. The results have been demolishing Jewish homes, a halt in settlement building, and weak action in response to a wave of Palestinian terrorism.

Israel needs a Menachem Begin style leader who will take bold stands even at the risk of losing popularity. Today Israel’s policy is mostly kicking the can down the road and is driven by fear. Israeli politicians fear the Americans, the international community, their own base and their coalition partners. This is in addition to their fear of media mockery and criticism.

Israel’s Eastern border is a confusing maze of contradicting policies. Israeli politicians declare their affinity and opposition to a two-state solution, sometimes choosing a position based on the crowd they’re addressing that day. Israel claims it will keep the Jordan Valley while also negotiating Palestinian control of border crossings. Settler-elected heads will talk about the need to annex Judea and Samaria, but when President Trump offered support for annexation, they turned it down. An Israeli leader must rise and declare the future of Judea and Samaria and our Eastern border.

National confusion reigns over Israel’s relationship with the Palestinians. Israel refuses to define the Palestinians as an enemy or a law enforcement problem. Israel doesn’t know if it is supposed to defeat or police the Palestinians. The Palestinians act as enemies, and Israel treats them like bank robbers. There is no retribution for Israel’s enemies. Justice, deterrence, and national security demand that Israel do more than just arrest terrorists one by one as they hide behind a bush.

I’m not suggesting anything illicit, but Palestinians must learn terrorism doesn’t pay. Palestinian terrorism isn’t a law enforcement issue that requires Israel to track individual attackers. Every former prime minister, including Netanyahu and now Bennett, has refused to set a clear policy, preferring to kick the can down the road. Israel needs a leader to acknowledge that Palestinians have chosen to be an enemy, and the only way we can keep Israelis safe is by treating them as enemies.

I’m not privy to Shin-Bet confidential files on Iran (or any other topic), but it seems an attack on Iran’s nuclear facilities in 2012 would have put an end to Iran’s nuclear ambitions. Then-Prime Minister Netanyahu hesitated and didn’t attack. He proved himself impotent in the face of international Chamberlain-like appeasement to the Iranians in 2015. Prime Minister Bennett doesn’t seem to be taking a much stronger stand himself. It’s time Israel stops waiting on President Biden and figures out a way to stop Iran’s nuclear ambitions.

What happened to the Israelis raised in a Begin-led Israel? Where is the courage they saw as their political philosophies were being formed? In a now-famous interchange, Menachem Begin told then-Senator Joe Biden he wouldn’t be intimidated by Biden’s threats and he was no “weak-kneed” Jew. Who among today’s Knesset members would have Begin’s courage to tell President Biden, or even a senator, off today? 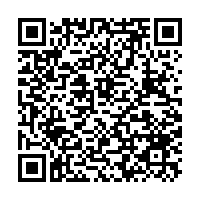