Back in 1979, then former Prime Minister Yitzhak Rabin (first term) nicknamed his nemesis inside the Labor party Shimon Peres a “Tireless Subversive.” Rabin explained that Peres’s “eagerness to conquer the prime minister’s post knew no boundaries and no limits, almost anything went: leaks, constant undermining of the prime minister’s status, and undermining the status of the entire government.”

Enter Defense Minister Benny Gantz (Blue&White), who last week issued a demand to establish a commission of inquiry into the Netanyahu cabinet’s decision to procure an additional submarine and additional naval craft about a decade ago. The public demand started a confrontation between Justice Minister Gideon Sa’ar and Gantz.


The submarine scandal, a.k.a. Case 3000, was a criminal investigation conducted by the Lahav 433 unit of the Israel Police starting in February 2017. The police investigated a suspicion of biasing tenders related to the purchase of submarines from the dolphin series, as well as Sa’ar 6 assault vessels from the German company ThyssenKrupp AG, in the years 2009–2017. At the end of the investigation, the police issued its conclusion that enough evidence had been gathered to prosecute several detainees on charges of bribery, fraud, money laundering, and other charges. However, it was decided that then-Prime Minister Benjamin Netanyahu was not a suspect.

According to sources familiar with the incident, Prime Minister Naftali Bennett, Foreign Minister Yair Lapid, and Sa’ar did not know about Gantz’s announcement in advance and the move was not coordinated with them. The same sources cited one of the surprised gentlemen who was critical of Gantz’s conduct, which was “media-focused and directed” and could destabilize the new government which is yet to find a successful solution to its first crisis, extending the Family Reunification law.

Gantz issued another statement, on Wednesday, claiming he submitted to the Finance and Justice ministries on Tuesday a draft proposal for the establishment of a state commission of inquiry to examine the procurement processes of the vessels. Gantz added that he intends to submit the draft resolution to the government ahead of the cabinet meeting on Sunday, after receiving comments from the relevant ministries.

This was too much for Sa’ar, posted a quick response, stating: The Justice Ministry’s office did not receive, neither yesterday nor today, a draft proposal for the establishment of a state commission of inquiry into the submarines.”

Gantz tried to prove that he did send out the proposal and stated: “The draft resolution regarding the submarine investigation committee was forwarded yesterday (Tuesday) at 4:46 PM, through the legal counsel to the defense apparatus, to the relevant professionals in the Justice Ministry, following a coordination call. Talks regarding the proposal also took place between the ministers’ offices.”

At this point, Sa’ar was channeling the late, furious Yitzhak Rabin, and issued a response accordingly: “Article 4 (a) of the Government Activities Regulations stipulates that a resolution shall not be submitted to the government by one minister regarding an issue under the authority of another Minister, without the stated position of said other Minister.”

At which point Sa’ar just poured his righteous ire on the indefatigable troublemaker Gantz: “The conduct of rushing to issue announcements of government proposals to the media, prior to any discussion, coordination, and staff work, is neither professional nor acceptable. The establishment of a state commission of inquiry is a weighty issue. The haste and the lack of an orderly discussion even before the appointment of the first state commission of inquiry (to investigate the Meron disaster – DI), which was decided only on Sunday this week, are not acceptable.”

And Sa’ar concluded in a dignified manner that had daggers flying out of in every direction: “The Justice Minister intends to maintain proper work practices.”

It’s no secret that, much like the original tireless subversive, Shimon Peres, former IDF chief of staff and the defense minister in two warring governments, Benny Gantz, is the most bitter politician in the Knesset today. The ousted PM Netanyahu is giddy with the sacred works of sabotaging Lapid-Bennett; Bezalel Smotrich and Itamar Ben-Gvir are drumming rebuke messages at their former allies from Shachris till after Tikkun Chatzos. But Gantz, who unlike them has survived the fall of the Likud government, is obviously angry. For one thing, he was getting very close to becoming the prime minister under his rotation agreement with Netanyahu – a rotation agreement only Gantz believed would come true, out of nine million Israelis.

It appears that besides their tenacity to do mischief, the late Shimon Peres and may he live many long years Benny Gantz have another strong characteristic in common: they are both sore losers. 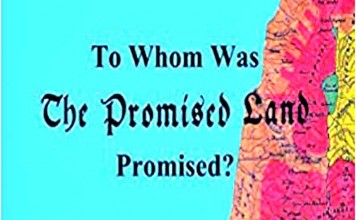