On July 31, 2015, news of an arson attack in a Shomron Arab village called Duma

rocked Israel. Tragically, three Arabs – members of the Dawabsheh family – died in the blaze and the Hebrew words “Revenge” and “Long live King Messiah” were found spray-painted on the walls of the house.


Not long after the news broke, Elisha Odess – age 16 at the time – became a suspect in the crime for no other reason, it seems, than his association with the so-called Hilltop Youth. Initially placed under house arrest for several months, he was subsequently indicted and jailed in December of 2015 on a series of fictitious charges including membership in a terrorist organization, helping plan a terror attack, and committing various “price tag” operations. The court has extended his remand 16 times, most recently on Lag Ba’Omer, May 3.

His indictment is based on “confessions” he gave under severe torture for 21 days at Shabak headquarters. At one break in the torture, Elisha was brought to court. Utterly distraught and in shock, Elisha begged the court to tell him what to say to make the torture stop. Instead, the presiding judge dozed off, only rousing himself afterwards to extend Elisha’s remand.

The outstanding legal organization, Honenu, has accompanied Elisha and his co-defendant, Amiran ben Uliel, throughout their legal troubles. The prosecution has finally admitted that confessions made under torture are problematic. Thus, in March, it asked the court to only consider those confessions made during “time-outs” in the torture.

The prosecution also admits there is zero forensic evidence pointing to Elisha or Amiran (or anyone Jewish, for that matter) having committed a crime in Duma; the prosecution’s case rests solely on “confessions.” The court is set to render a decision next month on June 11.

Elisha’s mother, Mrs. Naama Odess, recently came to New York to raise awareness of her son’s case and garner support from the American Jewish community to help free her son. In Israel, meanwhile, the story is finally getting the attention it deserves. Israelis are beginning to seriously question why – even before any investigation was conducted – everyone from Prime Minister Netanyahu to rabbanim to media personalities rushed to condemn the “Jewish terrorists.” Israelis cherish their image as the Middle East’s only democracy and are dismayed that their government has endorsed the prosecution’s obstruction of Elisha and Amiran’s right to due process and tuned a blind eye to the violation of their human and civil rights.

Many are also taking note of the sheer impossibility of a Jew passing through Duma’s fields and orchards, gaining entry to the middle of the village, spray-painting graffiti, firebombing two homes, and escaping the village undetected.

The facts of this case justify concerns the Lubavitcher Rebbe raised in correspondence with Ariel Sharon about whether authorities in Israel would fairly investigate quarrels between Israeli and Arab youths. The Duma story, unfortunately, goes well beyond the Rebbe’s worries, though; to our shame, the authorities have completely ignored Arab villagers who courageously came forward to report that the Dawabsheh firebombing was the result of clan infighting. Israeli police and prosecutors deliberately ignored many other important details witnesses offered. And Duma’s security cameras that might have caught the perpetrator on film have mysteriously disappeared without explanation.

Internecine fighting and arson continue to plague Duma, and the true killers of the Dawabsheh family have yet to be brought to justice. Instead, Elisha Odess, who was 16 at the time, and Amiran ben Uliel, who was 21 and a new father, have been falsely accused of committing a heinous act, branded Jewish terrorists, and called ticking-time bombs!

After spending a year in juvenile detention at Sharon Prison, Elisha was moved to Ayalon Prison upon turning 18. The court has refused his request to be detained among other religious prisoners. Instead, he is often kept alone or, at times, housed with a convicted felon in a cell with only a small barred window. Elisha has been denied meals without cause or provocation on a number of occasions.

Crown Heights Women for the Safety and Integrity of Israel calls on the prosecution and court to drop all charges against Elisha and Amiran immediately and unconditionally, to free them without delay, to apologize, and to compensate them for legal fees and damages incurred. Needless to say, the “powers that be” who rushed to declaim the defendants should extend an apology as well.

We ask readers to call and e-mail to the following people: 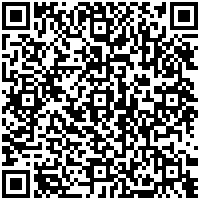