In conjunction with the Israeli police and the Beitar Yerushalayim soccer team, United Hatzalah hosted a large-scale training drill on Monday at Teddy Stadium to simulate a mass-casualty incident in the stadium and the proper treatment of multiple victims at the same time in numerous locations.

As the official medical-security provider for the team and Israel’s largest independent, nonprofit, fully volunteer Emergency Medical Service (EMS) organization, United Hatzalah is responsible for treating any medical incident of the fans or players occurring during the soccer matches in the stadium.


“Should a person suffering a medical emergency require medical transport to the hospital, our ambulance teams are standing by at each game to transport [him or her] to the hospital. As always, our services are provided to the patients completely free of charge,” said Raphael Poch, international spokesperson for United Hatzalah.

The exercise was meant to test the ability, technology, professionalism and quality of care that the organization can provide in a worst-case disaster scenario.

United Hatzalah hosts regular such drills around the country, as well as outside of Israel, including scenarios such as terror attacks, fires in large buildings, natural disasters and motor-vehicle accidents involving numerous injuries.

For the drill, first responders from Jerusalem, Gush Etzion, Beit Shemesh and Mevaseret Tzion were asked to participate, with ambulances arriving from all across the country. “We had a strong representation of Muslims from the eastern Jerusalem and Mevaseret Tzion chapters, as well as secular and religious Jews from all over the greater Jerusalem area,” Poch told JNS.

The drill began with a briefing of commanders, EMS personnel and police, as well as those acting as injured and bystanders. The police initiated the drill, and an explosion took place simulating a bombing, with a simulated terrorist running in pretending to shoot numerous people and another pretending to stab others. Security forces moved in and neutralized the threats while medical teams were then allowed to enter in order to treat the injured. Ambulance teams and first responders rushed to the scene, and began extracting people from the stands where the simulated attack took place.

The first responder who arrived at the scene triaged patients, “tagging” those injured with large identification markers that list five different levels of medical status so when other responders come, they know how urgently to treat a patient.

First responders brought those injured to a designated triage and first-aid treatment area. Those suffering from shock received care from the psychotrauma unit; those injured to varying degrees were treated by EMT and paramedics. Once ambulances arrived, they took the most seriously injured people into the vehicles, who in a real incident would be transported to hospitals.

Those who were “killed” in the drill were brought to a special area where they were identified by police. Security forces also searched the area for other dangers or possible explosives. A grenade was found in the triage area that was undetonated, and a sapper had to come and neutralize it before patient transport and triage could continue.

Mordecai Holtz, director of global brand management for United Hatzalah, participated in the drill two months after finishing his first-responder exam. Volunteering for a live-saving organization, he told JNS, “is important and exciting.”

It “takes a serious amount of responsibility for the purposes of knowing at all times you’re ‘on’ as one of the people responsible for saving a person’s life or helping them through a tragic situation,” he said.

“This drill is important to [learn] how to handle multiple casualty incidents, which are unfortunately common in Israel; we need to know as medics and first responders how to deal with this,” he added. “These scenarios are critical and can determine if they know how to deal with pressure, working together in teams and in a scenario full of casualties.”

Muslim volunteer for United Hatzalah Rania Abu Shabaan also participated in the drill, which, she told JNS, helps volunteers “develop our skills and make connections with others.” Originally from Ras Al-Amud in eastern Jerusalem, Abu Shabaan works as a physical-education teacher in Sur Baheir while working toward her doctorate in health management at Haifa University.

After her grandfather died “when an ambulance couldn’t get there in time,” she decided to volunteer for the Israeli organization to learn how to save lives in the critical minutes before an ambulance can arrive.

According to Poch, holding training drills such as Monday’s tests the level of the efficiency of the medical staff, in addition to the other first-response organizations such the police, fire department and other security agencies.

It also gives first responders such as Holtz and Abu Shabaan a taste of what a real mass-casualty incident would feel like so they can “learn how to make order among chaos by following instructions and protocols.”

“What was learned today can and will be applied in major incidents from here on,” said Poch. 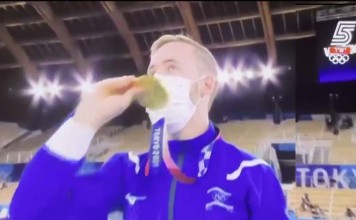 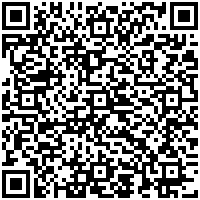