With eight days until the election, a poll conducted by Prof. Camil Fuchs and reported Sunday night on News 13 still does not show a decision between the left and right blocs, but it is chock full of surprises, mainly in the rise of Bezalel Smotrich’s Religious Zionism to 6 seats, after the Likud had mobilized to push its potential partner above the threshold percentage.

There’s also a sharp collapse of Gideon Saar’s New Hope to single-digits, with 9 seats, the rogue Likudnik’s worst result since leaving the mother ship and gaining more than 20 seats in the polls.


Netanyahu and the Likud continue to fail to cross the 30-seat mark, scoring only 28 seats. Yair Lapid’s Yesh Atid is also stuck, but with 20 seats, which is much better than the low teens it was getting in the fall.

Naftali Bennett and Yemina maintain their status as the third-largest party but dropped to 11 seats. The Joint Arab List is still stuck with 8 seats, Yisrael Beiteinu and United Torah Judaism with 7 seats each, but Shas received a nasty surprise in Prof. Fuchs’s poll, losing two seats and dropping to only 6.

Labor holds on to its 6 seats—quite a feat for a party that only a month ago was considered to reside six feet under. And both Meretz and Raam (Islamic party) pass the threshold percentage with 4 seats each, as does Blue&White (down from, what was it? 35?).

The map of the blocs at the moment shows the center-left-Arabs bloc and Saar with 62 seats, while the right-wing bloc has 58. But while Lapid can’t turn his winnings into a government with Saar and Liberman to his right and the Arabs in the same package – Netanyahu only needs 3 seats to complete a set. Would he recruit Raam, whose chairman, Nasour Abbas, already announced he would back Netanyahu for the right price? Most pundits believe otherwise. Bibi is more likely to try to lure Blue&White in with a nice gift.

With a week and one day left until the polls open in Israel’s fourth election in two years, Netanyahu is once again trying to drink up Bennett’s votes. In recent weeks, Netanyahu has been trying to create the impression that his real enemy in the election is Yair Lapid, but no one in Israeli politics has any doubts about who the prime minister is really afraid of: his former loyal advisor whom he had thrown out to the curb as he did to many of the talented men and women who had brought him so far, starting of course with Avigdor Lieberman, who offered Bibi his youth and today is trying to make Bibi’s old age as frightening as he can.

Sunday night Kan 11 reported that all the Prime Minister’s attacks have been focused on Yamina Chairman Bennett. According to the same report, the attacks are coming from the PM’s immediate family: both Sara (rapid recovery from an appendectomy there) and Yair Netanyahu. The Netanyahu family has instructed senior Likud members to “drink up Bennett,” attack him and speak out against his plans for the day after the election, and push his expected partnership with Yesh Atid chairman Yair Lapid—never mind if he says he isn’t planning any such thing.

They recruited, among others, Professor Yossi Zeira from the Hebrew University, a sworn enemy of the settlement enterprise in the liberated territories, who declared that “Bennett’s economic plan is completely dumb.” So you can see how, despite the turmoil of the political battles, Likud maintains its refined style…

And it seems that the attack is already yielding fruit. On the eve of the dissolution of the Knesset, Yamina achieved a staggering 21 seats in the polls. Later, one day after Gideon Saar had announced his resignation from the Likud and the establishment of New Hope, Bennett dropped to 18 seats in the same polls. And since then Bennett has weakened until he finally settled for several long weeks at 11 seats, which is much more than the 3 seats he currently enjoys in the Knesset, but disappointing compared to the intoxicating polls of the summer and even the fall.

Last month, Bennett responded to Netanyahu’s vicious campaign against him and invited him to an open debate in which “everyone will present their plan for dealing with the crisis.” Netanyahu ignored the offer, both because he is not sure he can win, and also because he has no intention of boosting the status of his most dangerous opponent on the right.

Bennett sharpened his tone, saying in an interview on Kan 11 about Netanyahu that “the past year has proven he has failed in his job.” Bennett even added that Netanyahu, like his ministers Miri Regev and Benny Gantz, “are responsible for the deaths of about 3,000 Israelis because of Ben Gurion Airport.”

He is not wrong: while millions of Israelis were under total lockdown, under heavy police supervision, tens of thousands continued to land without any significant control at the international airport, including many who arrived from red countries, such as New York City, the sickest spot in the US at one time. Although Netanyahu managed to bring millions of Corona vaccines to Israel, through his negligence he also contributed to the one million or so who were infected since the outbreak of the pandemic.

Three weeks ago, Bennett made it clear that his party would not sit in a left-wing government, but on the other hand, he insisted that “these elections are within the national camp – I intend to replace Netanyahu.”

There is no doubt that a Yamina party with 20 or more seats in the next Knesset would be able to demand even the prime minister’s seat—at least in a rotation—from the Likud. But with 11 seats, it could indeed charge a high price that will include significant government ministries, including the Ministry of Justice for Ayelet Shaked and the Ministry of Finance or Defense for Naftali Bennett. But not the throne. And should Bennett insists on a rotation as prime minister, he could cause the coalition negotiations to explode, and then Netanyahu would be justified in blaming his rival/friend for the fifth round of elections.

On Monday, Bennett chose to borrow a page from Itamar Ben Gvir’s playbook. Ben Gvir announced on Sunday that he would demand that Netanyahu let him head the Ministry of Security for the Negev and the Galilee, to solve once and for all the problem of Bedouin and Arab crime against the periphery residents in Israel. In doing so, Ben Gvir managed to both show his support for Netanyahu – after all, he is interested in serving as a minister in his government, but also accuse Netanyahu of helplessness when it comes to protecting Jewish farmers suffering from Bedouin who regularly rob their agricultural products.

Bennett, for his part, posted on Facebook on Monday morning: “Cowardly politicians. Until this moment, no minister in the Likud government has bothered to speak even once regarding the incident of the break-in of a Bedouin gang and the injury to a 10-year-old girl in a settlement in the south. Not a visit. Not a phone call to the family. silence.

In war as in war. 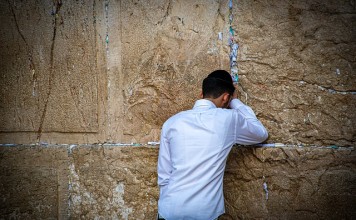 A Response to the Unimaginable: Lessons from Meron – The Science of Kabbalah [audio] 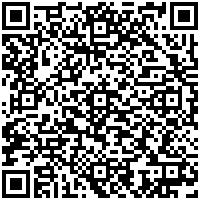