In the last academic year, pro-Israel college students have felt vilified and ostracized as anti-Israel and anti-Zionism sentiment proliferates at schools nationwide, according to a report by the Anti-Defamation League.

Findings included in “The Anti-Israel Movement on U.S. Campuses, 2020-2021,” identify the campus anti-Israel movement as being led by student groups and certain professors. Students for Justice in Palestine (SJP) and Jewish Voice for Peace (JVP) continue to be two of the most influential anti-Israel campus groups, allied often with like-minded organizations such as Young Democratic Socialists of America, Palestinian Youth Movement and American Muslims for Palestine.


SJP, which has 180 chapters and organizes protests, BDS resolutions and “disseminates propaganda” through social media and other outlets—is by far the “most active” anti-Israel group on university campuses in the United States and Canada. Also very active in spreading anti-Israel and anti-Zionist sentiment on campus, the report said, is the group Jewish Voice for Peace.

Seventeen colleges brought BDS measures up for a vote by the student government in 2020-21, and 11 have passed them, adding to the ongoing rise of anti-Israel activism on campuses.

The report noted that some of the most strident anti-Israel activists called for Israel to be dismantled or denied its right to exist; expressed support for violent resistance to Israel; and called for Zionists and pro-Israel students to be excluded from campus life.

Among anti-Semitic tropes the ADL found repeated by anti-Israel college activists were those alleging Jewish or Zionist power and control over the media and political affairs. “Such language,” the report said, “can create a corrosive climate for many Jewish students on campus.”

Israel’s 11-day conflict in May with Hamas and Palestinian Islamic Jihad in the Gaza Strip, which launched more than 4,000 rockets at population centers in Israel, proved a flashpoint in the uptick of anti-Semitic activity.

Jonathan A. Greenblatt, ADL’s national director and CEO, said his organization documented how “the anti-Israel movement’s drumbeat of rhetorical attacks on Zionism and Zionists can truly hurt and offend many Jewish students, leaving them feeling ostracized and alienated. Freedom of speech does not mean freedom to harass and intimidate. While all students have a right to express their views about Israel openly, expressions of anti-Semitism under the guise of Israel criticism are unacceptable.” 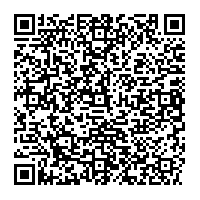