French President Emmanuel Macron scolded the leaders of Lebanon this past Sunday for putting their own interests ahead of those of their nation, when refusing to bend during negotiations over which group would receive which portfolio, Reuters reported.

Former Lebanese Ambassador to Germany Mustapha Adib, chosen to become the country’s next prime minister, and nominated the day before Macron’s visit on Sept 1, handed in his resignation after less than a month of wrestling with the political infighting over government portfolios.

Adib said at the time that he could not complete the task assigned to him — perhaps realizing there would be no quick or “diplomatic” way to win that battle in time to meet the French president’s deadline.

During his address, Macron singled out the Hezbollah terrorist organization in particular for sabotaging the delicate political talks necessary to complete ministry assignments, particularly those dealing with the finance ministry, thus destroying the ability of the new prime minister to create a “reformist” government that would inspire international donors to support his efforts to help Beirut. Hezbollah, he said, “made no concessions.”

Speaking on Sunday evening from the Elysee Palace, Macron said, “Hezbollah cannot operate at the same time as an army against Israel, a militia unleashed against civilians in Syria, and a respectable political party in Lebanon.

“It must not believe that it is stronger than it is. It must show that it respects all Lebanese. These last days, it clearly demonstrated the opposite.”

Sunnis Made Concessions, Shiites None
Former Sunni Prime Minister Sa’ad Hariri made concessions by retracting an initial request to nominate ministers from his own religious group, Macron said, adding that Amal — led by parliamentary Speaker Nabih Berri of Amal — and Hezbollah, did not do the same, according to the UAE news outlet, The National.

Iran’s armed terrorist proxy in Lebanon, Hezbollah, and its ally, the Amal “movement” together refused to budge in their insistence that Amal retain control over the finance portfolio, which it has held since 2014.

Hezbollah holds a number of parliamentary positions in the country and up to this point held ministerial posts in the government as well.

Although Macron accused all nine Lebanese political parties of “collective betrayal” by failing to make good on their September 1 promise to form a government within 15 days, he accused Hezbollah and Amal of raising the risk of a civil war in the country.

Bottom Line May Be Sanctions
“Today, the question is really in the hands of Berri and Hezbollah: Do you want the worst-case scenario or do you want to engage the Shiite camp towards democracy, in the interest of Lebanon?” Macron asked.

He added that he would wait “four to six weeks” to better understand the goals of Hezbollah and Amal, noting that he had not been the Lebanese voter who put them in power, “some out of fear, and some out of conviction.”

Macron also said he would look at “concerted sanctions” against Lebanese leaders if necessary, commenting that setting up a government with Shiites is not realistic, “because today Lebanese leaders are afraid of Hezbollah.”

He urged President Michel Aoun to “pick up the initiative again and I hope, with all political forces, to succeed in nominating this government.”

Mixed Reactions in Lebanon to Macron Remarks
Lebanese politicians were cautious in their response to Macron’s remarks, with President Aoun reaffirming his support for his French counterpart’s efforts during a meeting with the French Ambassador to Lebanon, Bruno Foucher, who noted his nation’s “concern for Lebanon and the Lebanese,” the state-run National News Agency reported.

There was no response Monday from Hezbollah or Amal. Hezbollah leader Hassan Nasrallah is expected to address Macron’s remarks in a speech on Tuesday evening; the Hezbollah-linked Lebanese daily Al Akhbar wrote on Monday that Macron had “joined Washington and Riyadh,” and described Macron’s tone as “insolent.”

Aoun is expected to reconvene the Lebanese parliament to open talks on a new candidate for prime minister, but binding consultations have not yet started, according to Lebanese media. 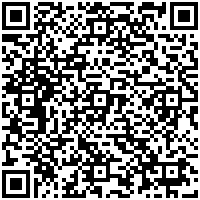