The IRNA news agency on Saturday ran a story headlined, “No Iranian killed in Israel attack on Syria,” refuting “Western-Arabic media’s alleged reports about martyrdom of nine Iranian military advisors during the Israel attack on the Tiyas base near Homs (a city in western Syria – Jni.media) on Thursday.” IRNA insists the reports “is a sheer lie and quite baseless,” citing an Iranian military official who was speaking on condition of anonymity.

SANA, the Assad regime’s official news agency, reported that on Thursday “the Syrian Air defense intercepted a missile aggression on one of the Syrian military airbases in the central region. The source added that the air defense confronted a hostile rocket strike on one of the military airbase in the central region and prevented it from achieving its goals.”


On Saturday, the Arabic-language Sky News reported that 21 people had been killed in the attack on a Hezbollah base in Homs. The attack was attributed to Israel. According to the report, citing local sources, nine Iranians were among the martyred currently seeking their 72 virgins.

The Syrian Observatory for Human Rights reported on Friday that Israel had attacked the a-Dab’a airport, which is not far from the border with Lebanon, but said it was not clear whether there had been casualties. 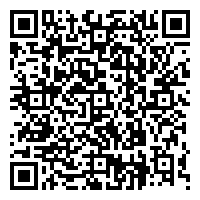