Rabbi Dr. Meir Fulda – a mechanech at Yeshiva University since 1956 and a pillar of the Washington Heights Jewish community – passed away Shabbos afternoon, July 28. His levaya was held outside Khal Adas Jeshurun (Breuer’s) in Washington Heights on Sunday. He was buried in Petach Tikvah next to his parents.

Rabbi Meir (Manfred) Fulda was born in Fulda, Germany, on December 25, 1928, and was raised with a strong sense of mesorah. He grew up davening in the shul where the famed acharon, the Maharam Schiff, had been the rav. He liked to note that Fulda was the only community in Germany to never have a Reform Temple.


Following Kristallnacht, Rabbi Fulda’s mother found an American consular official who could be bribed for visas and the family immigrated to the U.S. soon afterwards.

Rabbi Fulda arrived at YU for 9th grade in September, 1941, and remained part of the institution for the next 77 years. Rabbi Fulda was the valedictorian of his class at MTA and at Yeshiva College. He obtained semicha from RIETS and a PhD in Talmudic jurisprudence from the Bernard Revel Graduate School.

Rabbi Fulda began his pedagogical career at YU in 1956, teaching Gemara at RIETS. He used to point out that back then there were only four American-born rebbeim in the whole yeshiva, while in recent years he was the only one left from pre-Holocaust Europe.

During his 62 year chinuch career at YU, Rabbi Fulda taught men and women and spent three of those decades as either principal or chair of the division of Jewish studies. Rabbi Fulda was universally loved as a teacher. He was a brilliant talmid chacham with vast secular knowledge whose shiurim were exciting and dynamic. He made the material come alive and got his students to share his exuberance for Torah. His talmidim were everything to him.

One student, Betty Ehrenberg, told The Jewish Press, “Rabbi Fulda taught halacha in a dynamic and engaging fashion, inspiring his students to learn and to be as enthusiastic about learning Torah as he was, and to appreciate the values inherent in Jewish tradition.”

She also noted, “Rabbi Fulda was deeply devoted to his students and would take a deep interest in our welfare long after we had graduated.”

Another student, Dina Dubin, related that Rabbi Fulda had an energy in the classroom that was captivating. He noticed everything going on. Most importantly, he kept up a connection, and she called him with shaylos for years afterwards.

Rabbi Yehoshua Fulda, a nephew, told The Jewish Press, “My uncle continued giving shiur even through his illnesses, always arranging for doctor visits and interventions and procedures to take place after shiur or during days off. His thousands of talmidim and talmidos worldwide who loved and respected him are a living memorial to him”

Rabbi Fulda had many other wonderful qualities. For years, he walked on Shabbos morning for an hour to the South Bronx, to the one dying shul left called Hope of Israel. He came to give the members chizuk and teach Torah to the few elderly people who were still there. This was all done for free.

Rabbi Fulda also taught himself Spanish so he could talk to his non-Jewish neighbors in Washington Heights.

Rabbi Baruch Simon, a rosh yeshiva at RIETS, had a close relationship with Rabbi Fulda. He told The Jewish Press, “Rabbi Fulda was the quintessential baal mesorah, a tremendous baal chesed, made shalom between people, and always greeted everyone with a smile on his face”

Rabbi Avraham Gordimer has very fond memories of the tremendous joy Rabbi Fulda displayed every year on Simchas Torah at Breuers. Even when ill, he still danced with the Torah and his eyes sparkled. Rabbi Fulda also gave beautiful brachos to the younger Gordimer boys.

When Rabbi Fulda was a very young boy living in Germany, his father woke him up early one morning to take him to the train station to greet the Chofetz Chayim who was passing through Fulda. The elderly sage gave little Meir the berachah, “Zeh hakatan, gadol yeheye – This child shall become great. The Chofetz Chaim’s berachah was fulfilled. 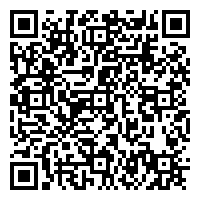