With the passing of HaGaon Rav Zalman Nechemia Goldberg, zt”l, our generation is orphaned.

He was born in Minsk in 1931 and his family immigrated to Israel not long after with the help of Rav Avraham Yitzchak Kook, settling in Jerusalem. Studying at Etz Chaim, Tiferet Tzvi, Yeshivat Chevron, and Ponovezh, Rav Zalman Nechemia was quickly recognized as a talented young prodigy, drawing the attention of leading scholars, among them the revered Chazon Ish.

For decades, Rav Zalman Nechemia served as a dayan in Jerusalem’s Beit Din HaGadol and the beit din for agunot he formed together with Rav Shlomo Fischer. He also served as rosh yeshiva of the Sadigura yeshiva Da’at Moshe and the beit midrash of the Jerusalem College of Technology and as rosh kollel of Shevet U’Mechokek, a kollel for future dayanim.

Giving weekly shiurim at dozens of yeshivot, Rav Zalman Nechemia somehow managed to find time to serve as editor of the Talmudic Encyclopedia, author a dozen volumes on topics in halacha, and dozens of articles published in leading Torah journals.

Rav Zalman Nechemia was beloved by his thousands of students who called him the ‘Garzen,’ an acronym of his name which also means axe in Hebrew, an appropriate description of his sharp mind and intellectual prowess.

I had the zechut to sit at the dust of his feet and drink up his words with thirst. Whether it was his shiurim on Even HaEzer at Machon Ariel’s Kollel L’Dayanut or the intimate shiurim on Minchat Chinuch in his home on Thursday nights, he took us on a tour of the entire Sea of Talmud. With skill and finesse, he navigated the choppy waters of difficult kushyot and complex sugyot. And his shiurim were full of wit and wisdom.

He was an intellectual giant, but at the same time “down to earth,” always shying away from kavod. He had no airs about him. He was accessible. One didn’t have to go through gobs of gabbayim or gatekeepers to get to him. He answered his own phone and opened his own door.

The thousands of yeshiva students and avreichim who would whirl in and out of his modest apartment in the Ezrat Torah neighborhood of Jerusalem to be tested for semicha or receive a haskamah for a sefer they penned were always welcome. He was genial and gentle and generous with his time.

But as a posek, he was courageous, unafraid to take controversial positions. He did not bow or bend to external pressures or kowtow to politics or popular opinion. Instead, he embodied the Torah command directed towards dayanim: “You shall not tremble before any man” (Devarim 1:17).

He ruled on the most difficult and delicate halachic questions sent to him from Jews the world over. Questions of pikuach nefesh, end-of-life issues, organ donation, agunot, and halachic prenuptial agreements. No topic was off limits or out of bounds. He answered them all with a surgical precision. And he did so without ego, personal interests or agendas.

At a time when religious life is so polarized, he taught in both charedi and Religous Zionist yeshivot and institutions. Around the table at the weekly shiur in his home, one could find men with black yarmulkes sitting next to those wearing knit kippot.

Rav Zalman Nechemia was unconcerned with labels. Unfettered and unfazed by religious or political affiliation. He taught Torah to all who would listen. He bridged worlds and loved and accepted all Jews. In turn, he was loved and accepted by all.

This, perhaps, is his greatest legacy. 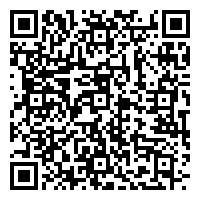