It’s a perspective that is new for an organization that has been known as an aggressive force on campus. But as campuses empty for the summer, The David Project is reflecting on a year of new beginnings.

The Boston-based group took the pro-Israel community by surprise this year when it released a report in February titled “A Burning Campus? Rethinking Israel Advocacy at America’s Universities and Colleges.” The report, or “white paper,” outlined a significant departure from the organization’s divisive and hard-line history.

Under the leadership of Director David Bernstein since 2010, the organization has made an about-face on the issues that defined its past strategy: No more aggressive tactics against anti-Israelism on campus because, the group now says, it is counterproductive.

“In the past a ‘win’ was viewed as a perceived defeat of the … Israel detractors on campus,” said Bernstein. “Today, we don’t define our success in terms of the detractors but in terms of moving the discourse in a positive direction. That is definitely a major change in paradigm.”

For example, if confronted with a Boycott, Divestment and Sanctions conference, The David Project of old would probably publicly challenge the organizers, said Bernstein. But doing so, he explained, only would serve to ratchet up the conference’s exposure. “We’ve learned from the past,” he said

It’s a change that took hold of The David Project a year prior to the release of “Burning Campus,” said Bernstein, pointing out that when it comes down to numbers, true anti-Israelists represent a tiny, dedicated minority of students who exert little influence on the general student body.

“Attacking the other side will do very little to bring [anti-Israelists] down, their numbers are already low. Our real task was building Israel’s reputation up,” he said.

Evan Herron, a junior at Temple University, exemplifies The David Projects new strategy. With an organized and strong Students for Justice in Palestine (SJP) presence, Temple University plays host to a number of anti-Israel events per year.

But while at a David Project retreat in February, Herron was educated not in bringing the fight to SJP; rather, he learned skills in networking and relationship building. He went back to campus and organized a leadership dinner attended by the presidents or representatives of over 20 student groups; they went on to sign letters of support for a strong relationship between the U.S. and Israel.

“We put on the leadership dinner as a response but not in a responsive manner,” Herron said, echoing the David Project’s newfound sense of nuance when it comes to dealing with Israel’s perception on campuses.

It’s this type of subtle strategy that Bernstein hopes will signal a shift in how students view Israel’s image on campus: The best way to help Israel is to reach out to “diverse segments of the campus community,” Bernstein said.

“It’s got to be systematic,” he said. “It starts with students mapping out their campuses to understand the diverse sources of leadership, and then reaching out to them and finding ways of building long-term ties that raise understanding of Israel. There’s no one size fits all, but engaging the process in the long term can produce great results.”

Spreading the David Project’s new gospel are individuals like Jason Horowitz, the organization’s Midwest coordinator. One initiative he witnessed succeed is the distribution of coffee gift cards to pro-Israel students — the goal is to spur pro-Israel groups to take members of other student organizations out for coffee and, hopefully, build relationships between the groups.

He recalled that a student at Michigan State University used just that strategy to take the president of the black student union out for coffee, eventually co-sponsoring a Jewish Hearts in Africa event together. 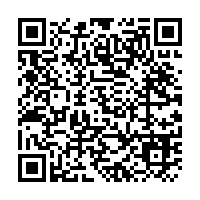