At a ceremony certifying its members, Prime Minister, Naftali Bennett on Wednesday revealed the Special Police section for Combating Terrorism (Yamam) will be called the Israel National Counter-Terrorism Unit

The Special Police Unit for Combating Terrorism is an elite unit of the Israel Police, which combines a variety of unique capabilities and means of combating terrorism and complex criminal incidents, while continuously cooperating with all security and intelligence organizations in Israel, in order to realize its relative advantage in the field.


In view of the significant work of the Unit for Israel’s Security, its expertise in dealing with terrorism, and leading a long line of daring actions and operations for many years, the Prime Minister decided to officially define it as the National Unit of the State of Israel to Combat Terrorism.

The decision to establish the new unit was said to be based on the work of the National Security Agency, which recommended that it be done. NIS 10 million will be allocated from the Prime Minister’s Office’s budget in 2022 to fund the unit, with an emphasis on weapons and training infrastructure.

In his remarks, the Prime Minister said that it was fitting that this new unit is inaugurated during Hanukkah, a holiday that commemorates Jews fighting for the right to sovereignty in their own homeland.

“Gentlemen, I am pleased to announce here today my decision to define this,” said Bennett. “As the national unit for the fight against terrorism of the State of Israel. The decision will be brought to the Cabinet soon. My goal is for the IDF to be the best unit in the world to fight terrorism. For 47 years you have been the only one.”

He added that the declaration expresses the great appreciation that the state and its citizens have for the long-standing work of the unit. “I also want to say in a personal tone, you hold very special values of humility, there is no task that is too high or too low for you, of dedication, of being able to go very far with not many means. As part of this decision, we will significantly increase the means,” he added.

Defense Minister Benny Gantz stated the he welcomed what he called the important decision to define this as the National Unit for Combating Terrorism.” Over the years, the unit has developed unique capabilities that have become a very important national resource in the war on terror. During my visit to the unit, dear. Successfully!” he said.

Minister Bar-Lev said, “The declaration this as a national unit should have been made a long time ago, and we are here to do it – better late than never. The unit is currently at the forefront of the operational activities of the Israel Police, the IDF and the GSS, of the national security of the State of Israel, and is required for the most complex and important actions that are carried out.” 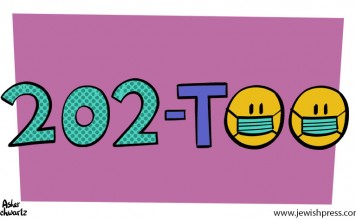 Is Comparing Covid Policies with the policies of Nazi Germany Antisemitic? 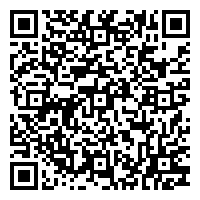