Defense Minister Naftali Bennett on Wednesday approved the expansion of the Efrat local council in Judea by about 275 acres, when he approved the construction plan for some 7,000 new housing units in the 11,000-resident municipality.

Bennett announced on his Facebook page Wednesday morning: “This morning I approved the construction of thousands of new housing units in Efrat in Gush Etzion. I instructed the defense establishment to continue to strengthen the settlement resolutely. The construction momentum in our land must not be stopped for even a moment.”

According to Kipa, citing housing policy experts, the move will facilitate the arrival of new residents to the local council and the continued expansion of the community as a significant reinforcement to Gush Etzion. The approval was obtained after the legal process had been completed, and the Defense Minister directed the Commissioner of Governmental and Abandoned Property in Judea and Samaria to grant permission to the new plan.

The Minister’s decision in effect authorizes the Housing Ministry to start planning in the Givat Eitam plots east of Efrat, which was in danger of being severed from the town because it is on the “wrong” side of the Sharon separation wall.

In response to Bennett’s announcement, Efrat Local Council Head Oded Ravivi issued a statement saying: “We Mark today an important moment in the 20-year journey during which we have gone through a host of political and legal entities to receive the appropriate credentials for Givat Eitam. This included a procedure that lasted about a decade in the High Court of Justice. Over the years, Efrat has become the beating heart of Gush Etzion and it is delighted by the trust it is receiving from the Israeli government under the leadership of prime Minister Netanyahu, for the ability to expand, build, and continue to absorb olim, young couples and families who seek a quality community near Jerusalem.”

It is interesting that the head of the Efrat council expressed his gratitude to Netanyahu and not Bennett, maybe because Bennett is about to vacate his seat as defense minister while Netanyahu will continue to be Netanyahu for a long time. Please refer your inquiries to the department of which side your bread is buttered. 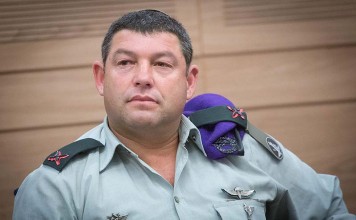