The Citizens’ Empowerment Center in Israel (CECI), an apolitical non-profit dedicated to monitoring systemic failures in the government system in Israel, on Monday issued a report on the degree to which the Lapid-Bennett government has kept its election promises, as a whole and by faction.


On its face, the conclusion is that the center and left-of-center parties sacrificed more of their agendas to preserve the coalition government than their right-wing partners. Or, as the CECI report puts it: “If we just make sure to follow the coalition agreements throughout the term, we’ll be able to learn about the real priorities of the government and its members and form an educated opinion before the next election.

The website then offers the data according to categories.

On Law and Order, there were 8 commitments, out of which the government kept 6: minimum sentences for illegal weapons trade; decriminalizing cannabis use; NIS 2.5 billion designated for fighting crime in the Arab sector; quashing crime in the Arab sector; establishing an emergency system to protect battered women; and establishing shelters for adult sex-crime victims. Not kept: establishing a department to deal with sex crimes within the police; and decriminalizing technical and procedural violations.

Two commitments were made on Minorities, and both were kept: promoting equality among the different sectors in Israel through programs benefiting Israeli Arabs, Druze, and Circassian; and a 5-year plan to narrow the social gaps of the Arab, Druze, Circassian, and Bedouin sectors, with a budget of NIS 30 billion through 2026.

Finally, the area with the fewest number of kept commitments, according to the report, was State and Religion, where only 5 out of 11 promises were kept. Only one commitment was kept outright: the agreement on a reform of kashrut supervision. Partially kept commitments: 1. Legislation concerning issues with broad public consensus; 2. Promotion of gay rights and a solution to couples who cannot be married halakhically; 3. Public transportation on Shabbat; 4. Establish a department for Jewish renewal in the diaspora ministry. Not kept at all: 1. Application and budgeting of Government Decision 1075 regarding the Kotel outline (creating a separate but equal, non-Orthodox section at the Kotel plaza; 2. Eliminate regulations prohibiting the operation of supermarkets and grocery stores on Shabbat; 3. Maintain the status quo on religion & State; 4. Legislating a special enforcement unit to deal with fraud in the kashrut industry; 5. Legislating conversion reform; 6. Rewriting the law regulating the Chief Rabbinate.

You are welcome to visit the CECI website and the report.

Of course there is that one, really, really big promise that Naftali Bennett made and didn’t keep, and that was not to make Yair Lapid the Prime Minister. 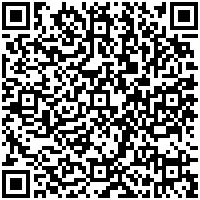