JERUSALEM – The construction freeze in Jewish towns in Judea and Samaria ended at midnight Sunday, but construction is resuming slowly, due to the Sukkot holiday.

Jewish building teams are or have been at work in only two locations as of Monday morning: at Joseph’s Tomb in Shechem and in the city of Ariel.

Work at Joseph’s Tomb actually started on Saturday night. A new, five-ton gravestone was placed on the site, with the help of cranes, atop the exact spot on which the original stone was vandalized and destroyed by Palestinians.

In Ariel, the fourth largest city in Judea and Samaria with some 17,000 residents, work began Monday on more than 50 new housing units. The new homes have been designated for the former residents of Netzarim, displaced since the Gaza Disengagement of 2005.

In Revava, a community of 250 families northwest of Ariel, hundreds of celebrants let off balloons, cheered and sang to mark the end of the government-imposed moratorium on construction work. 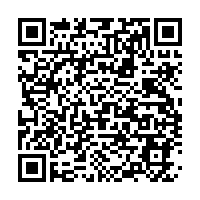