Israel Defense Forces attacked terrorist targets in Gaza late Thursday night in response to the return of incendiary balloons carrying homemade bombs into Israeli territory, launched by terrorists from Gaza during the day.

“A short time ago, an IDF combat helicopter attacked an infrastructure used for underground activity by the Hamas terrorist organization in the northern Gaza Strip,” the IDF Spokesperson said. “The attack was carried out in response to the launch of IED balloons from the Gaza Strip into Israeli territory during the day.”

Terrorists in #Gaza launched explosive balloons at Israeli homes throughout the day.

Incendiary balloons can be as dangerous and as destructive as rocket fire, southern Israeli residents have pointed out. 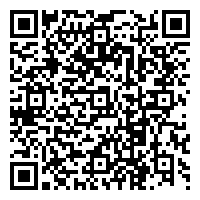