The U.S. government published on a federal website details of a top-secret base in Israel to house the Arrow 3 missile defense system.

A 1,000-page detailed description of the project, to be built by the United States for Israel, was published on a federal business opportunities website in order to allow contractors to prepare bids on the $25 million project.


“If an enemy of Israel wanted to launch an attack against a facility, this would give him an easy how-to guide,” an unnamed Israeli official told McClatchy newspapers. “This type of information is closely guarded and its release can jeopardize the entire facility.”

The bidding documents were first cited in Jane’s Defense Weekly, which discussed them in a story that provides details about the new defense system.

When it becomes operational in 2015, the Arrow 3 is expected to be able to intercept ballistic missiles at a range of up to 1,500 miles outside the Earth’s atmosphere.

The facility is so top secret in Israel that the military will not confirm its exact location, between Jerusalem and Ashdod in the South.

The head of the Arrow 3 project, Col. Aviram Hasson, on Monday told a conference at the Institute for National Security Studies in Tel Aviv that the Arrow 3 program has been accelerated due to fears of the threat from Iran.

McClatchy reported that the U.S. has built some $500 million in Israeli military facilities, including an air base, intelligence offices and underground hangars. 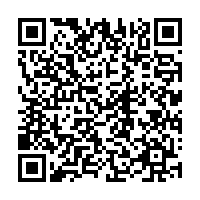