Secretary of State Mike Pompeo’s declaration legitimizing Israeli settlements came down like the latest episode of the horror movie which has been looming over the Arabs in Judea and Samaria, according to Al Akhbar reporter Abdelkader Akl, whose feature article “Hell Week in the West Bank” describes the PA officials’ reluctance to make any real decision in face of Arab and international silence.

“All this may be absorbed,” Akl writes, “if not for the ‘private settler state,’ which went crazy after the recent American announcement, with a rolling series of attacks which takes the equation elsewhere.”


“It was not enough for Washington to recognize occupied Jerusalem as the enemy’s capital, to relocate the US Embassy to it last year, nor to recognize Israeli sovereignty over the occupied Golan, or to participate in a ceremony to Judaize the remainder of Jerusalem,” the Al Akhbar reporter notes. From now on, the settlers are the new landowners, “and the expansion of their settlements at the expense of the Palestinians is ‘legitimate and no longer violates international law.'”

Akl proceeds to describe several clashes between Arab rioters and Jewish settlers – depicting them as being the responsibility of the aggressor Jews against the innocent Arabs. He goes on like this for several hefty paragraphs, attributing what he sees as increased violence on the part of the Jews to the “Pomepeo effect”.

“The American announcement has contributed to the escalation of settler attacks,” Ghassan Daghlas, a PA official who monitors settlement activities in Samaria, told Al-Akhbar, reporting “price tag” attacks on about 50 vehicles in towns in the central and northern PA, calling it the biggest attack in a year.

“The scale of the attack is surprising and dangerous this time,” Daghlas said. “In previous attacks, the settlers have for years been like a small, single-herd, focussed on one area, only 10 vehicles. But on the night of November 22, we are talking about more than 50 damaged vehicles and a stretch of hostile graffiti slogans.”

The attacks, according to Al Akhbar, targeted towns that Price Tag activists had not visited in 15 years.

On November 26, Al Akhbar says settlers burned vast lands belonging to the village of Madma, south of Shechem. “On the same night, they set fire to 6 acres of olive groves near the archaeological area of ​​Sebastia, northwest of Shechem. South of Bethlehem, settlers attacked the village of al-Jaba’a, guarded by the enemy army, writing hostile slogans and damaging more than 11 Palestinian vehicles. Ramallah also had a share of the settlers attack at dawn, burning a vehicle and writing hostile slogans in the villages of Taybeh and Deir Ammar.”

The pro-settler news website Hakol Hayehudi routinely reports dozens and even hundreds of Arab stone and Molotov cocktail throwing which hardly ever receive any notice in Israel’s mainstream media, never mind publications abroad. And over the summer, Gazans have set on fire vast areas of fields and forests with their incendiary balloons. If, as Al Akhbar argues, the Pompeo declaration has emboldened the Jews of Judea and Samaria to hit back more sternly – then God bless you, Mr. Pompeo.

Al Akhbar then revealed that “the ‘hell week’ did not stop at the West Bank, but spread dramatically on Thursday night to the territories occupied in 1948 (that’s green line Israel to you and me), where settlers attacked more than 80 vehicles and damaged their tires in one neighborhood within the town of Jaljuliya in the Arab triangle, and wrote hostile slogans on a bus. According to statistics received by Al-Akhbar, the Palestinians in the West Bank have been subjected to more than eleven direct attacks by settlers on their properties after the ‘Pompeo Declaration’ until Saturday, excluding the settlers attack on Hebron under the pretext of ‘Eid Sarah. (Arabic for the holiday of Sara – the gathering of thousands in Hebron to celebrate the parsha of Chayey Sara).'”

Al Akhbar quoted Mike Pompeo, who “defended the decision to legalize settlements in the West Bank by saying that the decision was ‘true and in the interest of Israel’s security,’ adding: ‘It is very clear that the settlements … are not in themselves illegal under international law.’ His administration envisions that ‘it is illogical to believe that any settlement activity is inherently illegal, simply because it is settled in the same area.'”

It’s a brave, new world, folks, and for some unexplained reason, our side is on the giving, not the receiving end. We could get used to this. 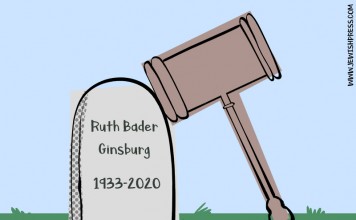