US Secretary of State Antony Blinken announced Wednesday that he is sending an envoy to the Middle East to “seek to calm tensions” even as he urged Israel to avoid killing civilians.

Blinken has been in frequent contact with Israeli officials, including Prime Minister Benjamin Netanyahu and Foreign Minister Gabi Ashkenazi.

In a briefing Tuesday night at the State Department, Blinken spokesperson Ned Price said the US is “deeply concerned” about the escalation between “Israel and those launching rockets from Gaza” without ever using the words “militant” “terrorist” “Hamas” or “Palestinian Islamic Jihad.” Or, for that matter, “Iran,” which is responsible in great part for the current conflict, having funded, equipped and trained “those launching rockets from Gaza.”

Price said the US is calling for “restraint and for calm.”

Israel has the right to defend itself and to respond to rocket attacks, he acknowledged, but maintained the “Palestinian people also have the right to safety and security, just as Israelis do.

Prime Minister Benjamin Netanyahu spoke by telephone with US President Joe Biden on Wednesday evening. The prime minister thanked the president for the American backing for Israel’s right to self-defense. He also told the president that Israel would continue to take action to strike at the military capabilities of Hamas and the other terrorist organizations operating in the Gaza Strip.

Following the call, Biden told reporters, “My expectation and hope is this will be closing down sooner than later. Israel has a right to defend itself when you have thousands of rockets flying into your territory.”

“We are also deeply concerned about the reported loss of life in Gaza and Israel, including the deaths of children as well as many innocent civilians injured,” the State Department spokesperson said. “Similarly, in Jerusalem, where there reportedly have been hundreds of Palestinians injured, as well as Israeli police, we call on all sides to exercise restraint and to exercise calm.”

No mention of the Israeli Jews who were injured, or any mention of the pogroms being perpetrated by Israeli Arabs in mixed cities throughout the country, and which have also resulted in Jewish deaths.

“The United States will continue to remain engaged with senior Israeli officials and Palestinian leadership in the days and weeks ahead,” Price promised.

“Just today, in fact, Secretary Blinken had an opportunity to speak to his counterpart, Israeli Foreign Minister Ashkenazi, to condemn the rocket attacks and to reiterate this important message of de-escalation.”

Likewise, US National Security Adviser Jake Sullivan spoke by phone with his Israeli counterpart, National Security Council chief Meir Ben-Shabbat for the second time in as many days, according to the White House.

The NSC Adviser “conveyed the president’s unwavering support for Israel’s security and for its legitimate right to defend itself and its people, while protecting civilians. He also conveyed the United States’ encouragement of steps toward restoring a sustainable calm. They agreed to continue to stay in close touch,” Horne said.

Rabbi Eliezer Waldman, Rosh Yeshiva Emeritus of Yeshiva Kiryat Arba, offered his support to Israel’s National Security Council chief. “This morning on the news I heard that the US National Security advisor, Jake Sullivan, called the Israeli National security advisor, Mayer Ben Shabbat, and informed him that the US government is very concerned with the escalation of violence in Jerusalem, and demanded that the Israeli authorities calm matters down, and refrain from actions which may inflame the situation.

“Today, Mayer Ben Shabbat replied and said that we are acting in a responsible manner, and any international intervention only strengthens that of the terrorist rioter. Mr. Ben Shabbat suggested that the US should direct their message to the true inciting terrorists,” the rabbi said.

“I would like to strengthen Mr. Ben Shabbat, for his reply. In his words, he defended the truth and Israel’s dignity. May he be blessed for this.

“I also wanted to add the US Government needs to be reminded that the State of Israel is no longer in the same situation we were in the 1940s when we needed protection, which ultimately never came. Today, we have an independent state, a strong army, and only we alone will decide how and when we defend ourselves.”

Related Story: Who is Hady Amr? 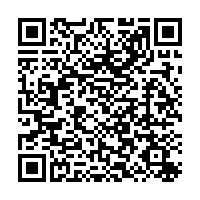