“We do not condone espionage, nor do we underestimate the gravity of Pollard’s crime,” says an Oct. 26 letter signed by 18 former senators. “But it is patently clear that Mr. Pollard’s sentence is severely disproportionate and (as several federal judges have noted) a gross miscarriage of justice.”

A number of the signatories had served on the Senate Select Committee on Intelligence, including Sens. Dennis DeConcini (D-Ariz.), Alan Simpson (R-Wyo.), Arlen Specter (R-Pa.), Birch Bayh (D-Ind.), Connie Mack (R-Fla.) and David Durenberger (R-Minn.) – a position that would have allowed them access to secret information that opponents of Pollard have alleged implicates him more seriously than the publicly known information he shared with Israel.

Biden’s meeting came the same day that Obama announced five pardons and a commutation for Thanksgiving. None of those pardoned are still serving time. The action clears their record, and frees them to participate in areas of public life previously denied them, such as voting. (As it happens, it was also the 26th anniversary of Pollard’s 1985 arrest.)

Presidents may pardon and commute at will – it is one power not subject to any oversight.

Traditionally they issue pardons around holidays; expect another round before Christmas. Obama has been relatively parsimonious with his releases; he has issued 22 pardons and one commutation. Bill Clinton gave pardons or commutations to 456 people in eight years, while George W. Bush issued 200.

The meeting also came the week that the White House announced that the president would observe the decades-old tradition on Wednesday of pardoning a turkey headed for the Thanksgiving table. Esther Pollard last week published an appeal to Obama in The Jerusalem Post that noted the tradition of pardoning turkeys.

“While the pardoning ceremony is light-hearted, the values it demonstrates are solemn and deeply cherished,” she wrote. “As the president of the United States, your granting clemency to a lowly barnyard bird demonstrates to the world the great respect that the American people have for the values of justice, compassion and mercy. It is in this light that I write to bring to your attention once again to the plight of my husband, Jonathan Pollard.” 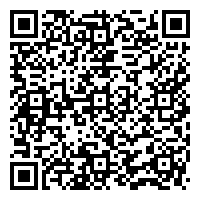