President Donald Trump signed the bipartisan Anti-Terrorism Clarification Act into law, which “allows certain assets that are seized or frozen by the United States to be used to satisfy judgements against a terrorist party for claims based on an act of terrorism,” the White House said in a statement last Wednesday.

The new law amends title 18, United States Code, the main criminal code of the federal government of the United States, which deals with federal crimes and criminal procedure. It allows American courts to seize assets from any entity that receives US foreign assistance, which includes the Palestinian Authority. This means, according to Amir Tibon, writing for Ha’aretz, that US citizens can sue the PA for its support of terrorism, and be paid out of the PA’s cut of the US foreign aid budget.


This, according to Tibon, may prove to be more trouble than the law is worth, no matter how righteous it may be. It would have made good sense under President Obama, when hundreds of millions of dollars were being funneled by the US government to the PA. But under Trump, the past year and a half has seen nothing but severe cuts in aid to Ramallah. The only area where the US has kept giving is in assisting the PA security forces.

Those security forces may not be the nicest bunch of guys in uniform you would care to meet in a dark ally in Bethlehem, but on average they’ve provided useful assistance to both the IDF and US intelligence. And while in the past the US courts have been able to side with the State Dept. on individual suits by victims of PA-sponsored terrorism, the S. 2946: Anti-Terrorism Clarification Act of 2018, sponsored by the Senior Republican Senator for Iowa, Charles “Chuck” Grassley, may make that task impossible for the courts in deciding new cases.

So that the new law could lead Ramallah to reevaluate its security and intelligence coordination with Israel and the US, which is a target of scorn from Hamas and other terror groups, but makes sense to the PA leadership, which relies on it for its own survival. But if the assets it expects from the US to finance this cooperation are drained by victims of terror bankrupting the PA in US courts – the PA leadership’s math could suggest that pulling out makes better sense than staying.

It’s likely that had Sen. Grassley consulted with the Israeli security apparatus, they would have discouraged his amendment. 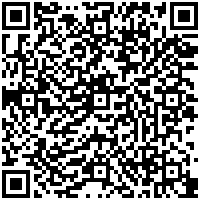