The Zionist Organization of America (ZOA) has criticized the Vatican for organizing and promoting tours of Christian sites in Jerusalem, Israel’s capital city, as part of tours to ‘Palestine,’ erasing Israel from the picture. The ZOA regards this a sinister reiteration of Catholic replacement theology, whereby Jews and Judaism are theologically dismissed from history. Replacement theology served for centuries as the warrant and inspiration for theologically-inspired hatred, as well as vicious persecution of, and violence against, Jews.

A report from Italian journalist Giulio Meotti, a writer for the Italian daily, Il Foglio, indicates that Opera Romana Pellegrinaggi, a Vatican office that organizes pilgrimages to Christian sites around the world, sponsors a trip in “Palestine,” with iconic Christian sites in Israel’s capital city of Jerusalem. This is in addition to the fact that, as Meotti writes, “Catholic tourist maps and pilgrimage brochures omitted the name ‘Israel,’ using instead the sanitized expression ‘Holy Land,’ one of the visible effects of the Catholic ‘replacement theology,’ which adopts a de–Judaizing language. It [is also] no secret that Catholic pilgrims spend virtually all their time visiting holy sites in Palestinian-run territory, staying in Palestinian Arab hotels and listening to Palestinian Arab tour guides. As a result, these pilgrims return filled with hatred towards Israel” (Giulio Meotti, ‘Vatican buses promote trips to Jerusalem, “Palestine,”’ Israel National News, November 23, 2016).

ZOA National President Morton A. Klein said, “The ZOA is deeply critical of the Vatican’s organizing and promotion of tours to Israel, the biblical, historical and legal homeland of the Jewish people, which erase and thus deny the Jewish identity, indeed the very name, of the country, substituting ‘Palestine.’

“‘Palestine’ was never and is not now a sovereign state, much less one with legal responsibility or effective control of many of the sites being visited on these tours. Palestine is not even an Arab name but named by the Romans.

“With its Nostra Aetate declaration in 1965, the Catholic Church repudiated its historical position holding the Jewish people responsible for the death of Jesus, renounced its traditional claim that Jews had been rejected by God, condemned anti-Semitism, and called for ‘mutual understanding and respect’ between Catholics and Jews. It is difficult to see how this epoch-making new affirmation and policy is being in any way honored by the Vatican with respect to the tours to Israel that it organizes and promotes.

“When Pope John Paul II visited the Rome Synagogue in 1986 –– the first pontiff to visit a synagogue –– he embraced Rabbi Elio Toaff and declared Jews the ‘elder brothers’ of Christians. One does not treat an elder brother as non-existent and revise one’s language to avoid referring to him, while exclusively seeking the company of his hostile neighbors.

“We urge the Vatican to cease organizing and promoting tours to Israel that do not name the country, do not refer to its Jewish history and which shun contacts with the country of its ‘elder brothers.’” 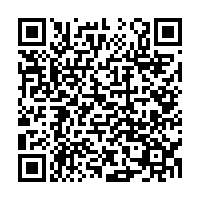