“Who is a Jewish Hero?” was the intriguing theme of the 16th annual Agudath Israel of Florida Shabbos of Chizuk that took place on Shabbos Parshas Vayechi.


There were dual Friday night Ongei Shabbos during which participants enjoyed hearing divrei Torah from Rabbi Mendelevitch and Rabbi Zwiebel in Miami Beach and from Rabbi Bleich and Rabbi Becker in North Miami Beach. They focused on the theme of Shabbos, with a specific emphasis on the Parshas HaShavuah providing deep and penetrating insights. On Shabbos day and at Shalosh Seudos the speakers spoke in many of the local shuls.

Hundreds joined the exciting melaveh malkah, which was chaired by Rabbi Moshe Matz, executive director of Agudath Israel of Florida. Matz began by introducing Rabbi Bleich, who noted that he was celebrating his 25th anniversary as the chief rabbi of Ukraine. Rabbi Bleich spoke of the strength of Russian Jewry despite government efforts to strip them of their religious beliefs. Rabbi Zwiebel discussed dangerous spiritual trends in society and how to create an atmosphere of Kiddush Shem Shamayim.

Rabbi Mendelevitch recounted his experience in the Soviet Gulag. He explained in detail how he maintained his Yiddishkeit despite the incredibly harsh atmosphere. A highlight of the evening was the video produced by the Kleinman Family Holocaust Education Center on the legendary Agudah askan Reb Elimelech (Mike) Tress, a true Jewish hero. 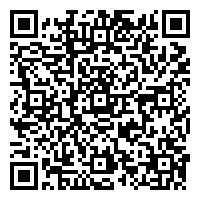