Florida supporters of ORT America, which funds educational programs in Israel and around the world, had the largest representation at the national leadership conference held in Orlando on March 4. The Florida section has more than 30 chapters throughout the state and nearly 6,000 members of all age groups, from young professionals to energetic retirees, who support the organization’s endeavors. It is the largest ORT America regional branch.

Barbara Siegel, the Florida annual campaign co-chair and chairperson of the annual conference, was delighted by the sizable turnout. The group took a bus from Boca Raton to the Marriott Orlando World Center. “We take action to further the ORT America mission and help World ORT initiatives on many levels,” she said. “Our members are quite dedicated and generous with their time as well as financially, because the are inspired by ORT accomplishments.”


At the conference, the national board of directors elected Larry Kadis as the organization’s national president. Kadis has been an active member of ORT for over 25 years.

ORT has served educational needs since its establishment in 1880. ORT America is the fundraising organization for World ORT, whose educational network in Israel and worldwide enables over 300,000 students to live independently, develop careers, and lead fulfilling and productive lives.

World ORT spans the socio-economic divide and its graduates fuel economies by obtaining skills for the current job market.

For more information contact Lisa Paule at 212-547-9147 or lpaule@ortamerica.org. 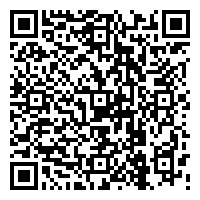