The truth is, I’m not even writing this for myself, as I have never married. After witnessing so many unfortunate women endure terrible marriages that was a choice I made. I am writing, sadly, for my sister who has been suffering in silence at the hands of her brutal husband. If she were to know that I am writing to you on her behalf, she would never speak to me again.  However, I cannot be silent in this case. So many times, when I help victims I have to appear uninvolved in their pain, but this is my family.

My sister and I were never close as children; there is a twelve-year gap between us and by the time she was a person of any interest for me, I was already out of the house and on my own.  But we did call each other from time to time and touch base, even when I moved out of state and she got married.  I met her husband at the engagement party and there were no red flags, fluttering butterflies or waves of alarm, nothing that my social work training picked up on. I went back home happy that she had met her life partner.

I next saw her at their firstborn son’s bris.  She didn’t appear to have her usual pleasant, cheerful disposition.  I chalked it up to her being exhausted after giving birth and maybe even a touch of the baby blues.

For the next three years I didn’t hear from her at all. I was swamped with work and took on a teaching position so I really didn’t take note at the large span of time. When I finally did reach out, I was shocked at how she sounded, horrified at the sobbing and totally unprepared for the secret she would make me swear never to tell anyone.

What she told me was a tale of insults and brutality he visited on her when she became pregnant soon after they were married. He had little to do with their baby and was taking all of his anger and displeasure at his own failings out on her and I had called her just after such an episode. We spoke for more hours than we had throughout our lives, and I told her she had to reach out for help and leave him before he harmed her beyond what he was already doing.  She wouldn’t hear of it, saying she was afraid of what he could do. He had told her many times that if she tried to leave him he would hunt her down.

This was eight months ago and we speak three or four times a week.  Some weeks are better than others, but at best they are far from good. I’m sure you know there’s no such thing as a little dysfunction. I’m writing this just after hanging up with her and listening to her actually defend some of his brutish acts and verbiage.  I think she’s losing her ability to understand that she’s in a dangerous place. I need to hear you say what I should tell her, that she should pack up and take the baby and leave. I fear for her life.

I understand your predicament.  Tending to the issues of others in an impartial, clinical environment is completely different from trying to comfort and assist a family member in distress.  Remove yourself immediately from the stance of sister and put your social worker hat on. Guide her to do the right thing, as you stated – tell her to pack up and go to a safe place, whether that is with you or a safe house sponsored by an organization like Shalom Task Force or the like. She is certainly in danger and in her diminished and vulnerable state she is weak and unable to make these life saving decisions.  Use your connections to get her to safety and to help her move forward in a healthy way so that she can make a life for herself and her child that will offer her the possibility of future happiness with a caring, loving spouse.

You are right in your observations that there have indeed been very few letters from abused women in this space, mostly because like your sister, they are afraid to have their story in print lest their abusive spouse recognized them and make them suffer.

So they choose to remain anonymous and leave no trace as to where they can be reached.  Or they call me.

The monster still lives, even though we like to delude ourselves into thinking that abuse and torment have been eradicated.  There are still so many who suffer in silence because the pain, the shame and the fear have stolen their voices. 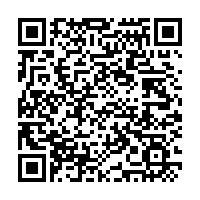