Secretary of State James A. Baker is surely one of the most reviled public figures both in Israel and among American Jews. In 1991 he became the first American official to negotiate directly and officially with Palestinians and the first senior U.S. official to leverage American aid to Israel in an attempt to halt Israeli settlements. He played a leading role in forcing Israel to attend the Madrid Peace Conference (October 1991), which ultimately failed to yield results, and he sought to launch a second Mideast peace initiative, the “Madrid 2 Conference,” while excluding Israel from participating.

He demanded that Israel negotiate with a Palestinian delegation consisting of Palestinians deported from East Jerusalem and the West Bank, and he publicly supported the Palestinian “right of return,” which would effectively end the Jewish state. Throughout his tenure, he did whatever possible to create distance between the Bush administration and Israel when it came to the Palestinians and the Israeli “occupation” of the territories. Moreover, Baker made little secret of his contempt for Israel. According to the late former editor of the Jerusalem Post, David Bar-Illan, Baker once stated, “Don’t worry, Jews remember the Holocaust, but they forget insults as soon as they smell cash” ( New York Post, March 6, 1992). While testifying before the House in June 1990, a frustrated Baker, complaining about the “hawkishness” of Israel’s new government, sent a public message to Prime Minister Shamir: “Here’s the White House phone number; when you’re serious about peace, give us a call.” He referred to pro-Israel supporters in Congress as “the little Knesset.”

But undoubtedly the greatest manifestation of his antipathy was his infamous declaration: “[Expletive] the Jews. They don’t vote for us anyway.” This story was reported in the New York Post by Marianne Goldstein and several of her colleagues under the headline “Baker’s 4-Letter Slam at U.S. Jews.” (It’s interesting to note that, notwithstanding the overt animosity implicit in Baker’s profanity, his allegation regarding Jewish voting was essentially correct: running against Michael Dukakis in the 1988 presidential lection, Bush had won only 27 percent of the Jewish vote; thanks in part to Baker, that number shrank four years later to only 15 percent against Bill Clinton.)

Someone called my attention to that ugly story about Jim Baker in today’s New York Post by Broderick, Burke, and Goldstein. I don’t accept that Jim would say such a thing. He is working relentlessly to find a solution to a difficult problem – one that will benefit Israel and the cause of peace in the Middle East. He would not have had any White House meeting on the subject of loan guarantees except in my presence; and, Ed, I never ever heard such ugliness about Jim Baker.As a matter of principle, I don’t think it is fair to have a guy attacked like this by some nameless source. I don’t know who allegedly would report to have heard such a statement, but I simply do not believe the allegation.

In your column, you also suggest that I “intimidate many American Jewish leaders by implying that their opposition to my policy on Israel was a demonstration of dual loyalty.” There was a flap, and many Jewish leaders were upset with me, but it was not about dual loyalty. It was about the “lobbying” effort. Some were disturbed with my statement that led them to believe I thought lobbying was pejorative. I tried to make clear in the attached letter, for example, that I did not have that in mind. 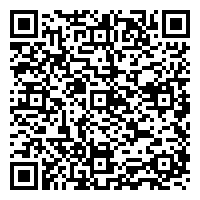