I received an e-mail from a reader, who wrote: “I loved your article “The Beatles in Israel: The Concert that Never Was” (front-page essay, June 26 2015). I am a big John Lennon fan; I doubt it very much, but might you have any Lennon materials with Jewish content? If so, I’d very much enjoy seeing an article on him.”


Shown here is a ticket to a luncheon organized by Foyles Bookshop – which was listed in the Guinness Book of Records as the world’s largest bookshop in terms of shelf area (30 miles) – that was held at London’s Dorchester Hotel on Thursday, April 23, 1964 to mark the publication of John Lennon’s book In His Own Write.

The book, a collection short stories, poems, and bizarre line drawings, is noteworthy for being the first solo Beatle project in any form. The ticket is signed on the verso by Lennon and by Helen Shapiro, who from 1961-1963 was England’s reigning teenage pop music queen.

In early 1963, Shapiro met the Beatles, who had just been signed by EMI, and she headlined the band’s first national English tour – at age 16, her popularity was such that the Beatles opened for her.

John Lennon and Paul McCartney saw an opportunity for Shapiro to record one of their songs – they wrote “Misery” especially for her – but EMI, apparently not yet appreciating the gold they held in their hands, declined to give Shapiro the chance to record a Beatles tune. This cost her the opportunity to be the first artist to cover a Beatles song just when the band was about to become the most popular pop act in the world. The Beatles went on to perform “Misery” on their “Please Please Me” album, which was released on March 22, 1963, just days after they completed the Helen Shapiro tour.

Shapiro later admitted that “I had a big crush on John but he was secretly married at the time.” Everyone associated with the Beatles knew Lennon had married Cynthia Lennon (on August 23, 1962), but they all had to keep it quiet. Shown here is the front page of a Helen Shapiro song sheet, You Don’t Know and I Apologise, signed by Shapiro in both English and Hebrew (this is incredibly rare; I have not seen another) and which she has inscribed, in Hebrew, “Blessings to my friend in Israel.”

According to her own account, Shapiro (1946 – ), the granddaughter of Russian Jewish immigrants: [I was] raised in a warm, musical, traditional Jewish family in the heart of a large Jewish community in Hackney, in the East End of London. Our extended family, although not a very orthodox group, was nevertheless totally Jewish in identity and heritage…” Because the state school she attended had a Jewish headmaster and a large Jewish pupil population, the Jewish students had separate religious education classes and assemblies.

(Long after her fame had faded, Shapiro became a “Messianic” Jew, thanks in part to a book she read by a Jewish man whose daughter had converted to Christianity.)

At thirteen, Shapiro came to the attention of Columbia Records. When producer Norrie Paramor heard her demo and was told that the performer was a 14-year-old girl named Helen Shapiro, Paramor, worried about public bias against Jewish entertainers, reportedly said, “Shapiro? We’ll have to change that.”

Helen, however, claims that “Norrie thought it sounded distinctive and pointed out that most people wouldn’t know about [Shapiro] being Jewish.”

In any event, her name remained unchanged. Shapiro immediately recorded two number-one hits in Great Britain – the aforementioned “You Don’t Know,’ which sold over 500,000 copies, and “Walkin’ Back to Happiness.” Her mature voice made her the youngest female chart topper in England. Ironically, despite her worldwide chart success, she never quite made it in the United States. Columbia’s parent company, EMI, made a deal with Capitol Records in 1961 to release her music in North America, but she never charted here at better than No. 100.

Another famous Jewish vocalist who played an important role in John Lennon’s life was Alma Angela Cohen (1932-1966), aka “Alma Cogan,” who was the highest-paid British female entertainer in the 1950s. Soon after meeting Lennon she became his close friend and then reportedly a paramour. The romance that had to be kept secret because of the strict Jewish faith of Alma’s family. Shortly after Cynthia Lennon’s death in 2015, the British papers broke the story that, according to Cynthia, it wasn’t Yoko Ono who had broken up her marriage to John, as everyone believed, but actually Alma. When Alma died from ovarian cancer at age 34, Lennon was inconsolable, and many feel it was no coincidence that he began his relationship with Yoko two weeks after Alma’s death.

Alma recorded six Beatles songs, and Lennon and McCartney were so impressed with her covers that they actually played in the orchestra on one of her tracks. She was also close to McCartney, who first played the Beatles’ seminal hit “Yesterday” on her piano.

Post-World War II Liverpool, the Beatles’hometown, was generally very anti-Semitic and Lennon was known to make impromptu anti-Semitic comments; for example, he was aggravated by the number of Jews involved in the Beatles’ financial affairs, and commented that “show business is an extension of the Jewish religion.” Much to the chagrin of George Martin, the Beatles’ producer, when the band was recording “Baby You’re a Rich Man,” Lennon persisted in singing “Baby you’re a rich Jew.” John was observed walking around his hotel suite with his finger to his lip, mustache style, pretending he was Hitler, and he would occasionally offer a Nazi salute to crowds.

Lennon believed in a world without borders in which peace, love, and universal atheism would prevail. This utopian, anti-capitalist philosophy was perhaps best expressed in his song “Imagine,” which became a worldwide peace anthem of idealistic, if misguided, youth: “Imagine there’s no countries, nothing to kill or die for, and no religion too.” As such, it is not surprising that Lennon was anti-Israel on both political and religious grounds and, predictably, even a cursory Internet search will yield the usual gang of wacky Jew-haters who will explain “How the Zionists Killed John Lennon.”

But not everyone agreed that Lennon was anti-Zionist: the hardline Muslim group Islam Defenders Front (FPI), arguing that contemporary pop music is “a Zionist conspiracy used to conceal their objectives of world domination,” cites in particular Lennon’s “Imagine,” which it characterizes as “Zionist music” because its message about a hypothetical state of the world carries a “pure Zionist message.”

Most people, even obsessive Beatles fans, do not know the remarkable tale of Akiva Nof, a songwriter who, while working as a freelance reporter for Voice of Israel, was invited by Lennon and Yoko Ono to join them in their famous “Peace Bed-In” at the Amsterdam Hilton Hotel in 1969. During a radio interview from the bed, Lennon sang “Hava Nagila”; said “Hello, Israel” after performing a portion of a song from the not-yet released “Abbey Road” album; and wished “peace to the people of Israel.”

At Nof’s prodding, Lennon and Yoko went on to sing – in Hebrew – a verse from Nof’s popular “Oath for Jerusalem”: “Jerusalem, we all swear, that we will never abandon you, from now until forever.” (It’s highly unlikely that Lennon had any idea what he was singing.)

Nof, a fascinating character, studied international relations, Middle Eastern studies, and law at Hebrew University; studied at the Institute of Social Studies in The Hague; and served as a member of the Knesset for five different political parties between 1974 and 1984. A renowned Israeli pop composer, he wrote hits for several leading performers, and his song “Isabel” became a number-one hit in Israel in 1972.

Finally, my favorite Lennon story: The Beatles were scheduled to be guests at Montreal’s Queen Elizabeth Hotel when the hotel received an anonymous call threatening to “kill the Jew Ringo.” (Ringo Starr, the Beatles’ drummer, was, of course, not Jewish). The press refused to abandon the issue and, a year later, at an August 17, 1965 press conference in Toronto, Ringo was asked – for perhaps the thousandth time – if he was Jewish.

With the characteristic straight face he wore when mocking the press, Lennon dryly injected: “He’s having a bar mitzvah tomorrow.” 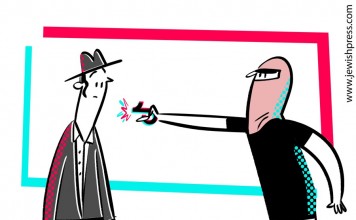 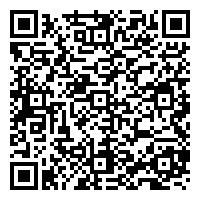