Scholar and football star; lawyer, author, and linguist; film and Broadway actor; singer and award-winning recording artist; renowned international political activist. But the prodigious Paul Robeson (1898 – 1976) is perhaps best known for: (1) his unrepentant Stalinism, his indefatigable support of the communist Soviet regime, and his public stance against cooperating with the infamous House Committee on Un-American Activities; and (2) his timeless performance of “Ol’ Man River” in Jerome Kern’s Broadway classic “Showboat.”

Robeson learned Hebrew from his father, a Christian clergyman, and he became enamored with the Jewish stories and hymns of his childhood. As such, the Jewish foundation for his music began with Old Testament spirituals and Jewish themes that reflected the eternal story – and his own aspirations – of escaping physical and spiritual bonds and striving toward freedom. One of his frequently performed standards, which he characterized as “a Kaddish that is very close to my heart,” was ‘The Chassidic Chant of Levi Isaac” which, according to tradition, had been composed spontaneously by R. Levi Yitzchak of Berditchev on Rosh Hashanah.

In the beautiful photograph displayed here in which Robeson refers to his historic 1940 appearance with the Israel Philharmonic Orchestra, he has inscribed to its conductor, Izler Solomon: “It’s been a very great privilege and pleasure. There are great days ahead. All best. Paul Robeson Nov. 30 – Dec. 1st 1940.”

Solomon (1910 – 1987) served as musical director for several leading Midwest orchestras, recorded many respected classical albums, and served as guest conductor with various international orchestras. He traveled to Israel to become the first conductor to lead the newly named Israel Philharmonic Orchestra after Israeli statehood was proclaimed (it had previously been known as the Palestine Symphony Orchestra), receiving the first official visa ever issued by the Jewish state. He went on to lead the Israel Philharmonic for two seasons and he accompanied fellow-conductors Leonard Bernstein and Sege Koussevitzky on the Philharmonic’s first American tour, which was the source of great pride to American Jews.

In October 1967, Solomon apologized to the Indianapolis Jewish community for conducting the Indianapolis Symphony Orchestra on the eve of Yom Kippur. Touting his strong identification with the Jewish community; his presence in Israel during the War of Independence; and his agreement to excuse Jewish members of the orchestra from appearing that evening upon request, he explained that the concert was dictated by advance scheduling requirements and economic considerations.

More than 40 years after his death, Robeson retains his status as an American cultural and political icon, but he also leaves behind a sad legacy as a hero who betrayed his Jewish friends. Itzik Feffer (1900 – 1952), a prolific Soviet poet whose poems were widely translated into Russian and Ukrainian, is considered one of the greatest Soviet poets in the Yiddish language. His books reflect the major historical events of Soviet Jewish history and his poetry integrated revolutionary romanticism with worker’s movement propaganda. A proud Jew, he often wrote on Jewish themes, including “Ikh bin a Yid” (“I Am a Jew”), and his epic poem “Di Shotns fun Varshever Geto” (“The Shadows of the Warsaw Ghetto”) is a tribute to the Jews who rebelled against the Nazi liquidation of the of the ghetto during World War II. A founder of the Jewish Section of the All-Ukrainian Union of Proletarian Writers, his works include a Soviet Jewish genealogy, which includes Bar Kochba, King Solomon, and Baruch Spinoza.

In 1943, Feffer and Solomon Mikhoels, a popular Jewish actor and director of the Moscow State Jewish Theater who headed the Jewish Anti-Fascist Committee (JAC), became the first Russians permitted to visit the West as official representatives of Soviet Jewry. On July 8, 1943 at a JAC rally chaired by Albert Einstein (a close friend of Robeson’s) and held at the Polo Grounds in New York – the largest pro-Soviet rally ever held in the United States – Robeson met and befriended Feffer and Mikhoels.

Feffer was later arrested for treason by the Soviet authorities along with other members of the JAC, including Mikhoels (1948); his “treasonous acts” included his support of Zionism; his enthusiastic embrace of the new state of Israel; and his alleged plans to establish a Jewish republic in Crimea. The question of “What happened to Itzhak Feffer?” became a broadly debated topic across the United States, with many Americans contending – accurately, as it turned out – that Feffer was only one among many Russian Jews being systematically murdered in a new Soviet purge.

In June 1949, Robeson visited the Soviet Union on a major tour and, concerned that he could not find many Jewish friends whom he had met during his earlier trips to Russia and disturbed about the rumors regarding Feffer’s fate, demanded a meeting with Feffer. Soviet officials told him that Feffer, who was “vacationing in the Crimea,” would see him upon his return. In fact, Feffer had already been imprisoned for three years and the Soviets were stalling: recognizing the serious consequences were their horrific treatment of Jewish prisoners to be publicized, they delayed bringing the emaciated poet to Robeson while they fed him, obtained the medical care he so desperately needed, and prepared him for his meeting with the American celebrity.

When Feffer was deemed sufficiently healthy, he was brought to a hotel room in Moscow and Robeson, accompanied by state police, was finally ushered in to see him. The two communicated through sign language and passed notes because the room was bugged and, when Robeson asked how he was, Feffer pantomimed a blade crossing his throat and wrote a note that Stalin “is going to kill us. When you return to America you must speak out and save us.” Feffer further advised that the Russian secret police had murdered Mikhoels in 1948 (they had staged his murder as a car accident) and stated that he was in fear for his own life.

During his momentous June 14, 1949 concert at Tchaikovsky Hall after meeting Feffer, which was broadcast across the entire Soviet Union, Robeson spoke of the deep cultural ties between the Jewish people of the Soviet Union and the United States and his own warm friendship with Feffer and Mikhoels. Going further than any African-American performer ever had to pay tribute to Jewish Holocaust victims, he reduced his stunned audience to tears by singing Hirsh Glick’s great anthem from the Vilna Ghetto, ‘Zog Nit Keynmol,” also known as “The Partisan Song,” in both Russian and Yiddish.

Recordings of the concert survived, but Robeson’s spoken words are lost; not surprisingly, his “subversive” rendition of the song and his personal tribute to his Jewish friends were censored by the Russians.

After returning to America, however, Robeson categorically denied any Russian mistreatment of the Jews: “I met Jewish people all over the place…I heard no word about it.” According to his son, Paul Jr., Robeson took the approach that “I don’t know Jewish stuff is outlawed; nobody told me not to sing Jewish songs or talk about them, so what the hell. I’m an artist and not responsible for the undertones and sub-editorial policy of Pravda.”

Many bitterly criticized Robeson for his blind defense of the Soviets, including notably Russian composer Dimitri Shostakovich, who publicly denounced him for his silence. Almost unbelievably, after Stalin’s death (1953), Robeson wrote a glowing tribute to the Russian dictator, and even after Khrushchev exposed Stalin’s crimes (1957), he still refused to even call for an inquiry into the murder of Feffer, Mikhoels, and other Jewish writers.

Yet Robeson often sang a Yiddish song that lamented Jewish persecution through the centuries, and he is reported to have asked Khrushchev if stories in the Western press about the purges of Jews and widespread institutionalized anti-Semitism were true. Khrushchev is said to have screamed at him and accused him of seeking to meddle into Communist Party affairs. After Robeson’s purported confrontation with the Soviet leader, his recordings were no longer broadcast on Radio Moscow, he was no longer covered in the Soviet Press, and he never again returned to the Soviet Union.

As to Feffer, his reputation was tarnished when it later emerged that he had reportedly cooperated with the Russian investigation of the JAC and had provided false information that led to the arrest and indictment of over a hundred people. He was tried at a closed JAC trial and executed on August 12, 1952, the “Night of the Murdered Poets,” during Stalin’s purges at Lubyanka prison. 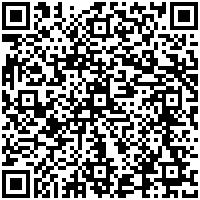