Like so many others communal organizations, JScreen – a health initiative that aims to prevent the transmission of genetic diseases – was born in response to a heartbreaking tragedy.

Atlanta residents Randy and Caroline Gold had undergone standard genetic testing before they married, but when their second daughter was born and failed to meet age-appropriate milestones, they found out that the panel they had undergone was fairly limited and included only eight diseases.


The Golds’ daughter, Eden, was diagnosed with Mucolipidosis Type IV (ML4), a rare degenerative neurological disease that would ultimately leave her blind, unable to walk or talk, and with diminished mental capacity and a shortened life expectancy. Further compounding the Golds’ sorrow was knowledge that a genetic test for ML4 had been developed in 2001, seven years before Eden’s birth.

Determined to spare other parents the difficulties they had faced, the Golds got to work, teaming up with Emory University and the Marcus Foundation to create JScreen in 2013. The organization uses a simple swab test to identify potential risk factors through saliva analysis. Over time, JScreen has expanded its testing panel and now can detect 226 diseases that are prevalent in the Jewish community, said Hillary Kener, director of national outreach and marketing for JScreen.

The JScreen team worked hard to overcome four main obstacles that prevented people from getting tested. The first was just making people aware of the problem.

Other issues included cost, convenience and, especially for men, fear of having blood drawn.

“Genetic testing is expensive but we have been able to take advantage of philanthropy to keep the price at $149, with financial assistance available when needed,” said Kener.

“Most young people don’t even have a doctor, so we made it easy by mailing out our kits and we do follow-up counseling by phone and secure video-conferencing. Finally, by using saliva instead of blood, it really is nothing with nothing, just sending everything back in a pre-paid box. We can actually prevent devastating diseases through a 10-minute test.”

Approximately 70 percent of the Jewish population are carriers for some type of genetic disease, according to Kener, but far from telling two people who are both carriers not to marry, JScreen steers couples to halchically-appropriate options that will enable them to go on with the wedding and still have healthy families.

“Most choose pre-implantation genetic diagnosis, also known as PDG, coupled with in vitro fertilization,” said Kener. “It is incredible technology that people are using that produces children that are free of disease and are biologically yours.”

That was the route chosen by the Golds when they decided to have a third child, using PGD to create embryos outside the womb where they were tested to ensure that they were free of the gene that causes ML4. The Golds’ second daughter is now a healthy five-year-old.

JScreen provides couples with the full results of their testing panel for future reference and is continuing to spread its message as far possible.

“We are national and we can mail a spit kit to anyone’s house in the country,” said Kener. “Whether you live in Manhattan or Nebraska, we can do this.”

JScreen has tested Jewish people in all 50 states and a three-day screening at Yeshiva University two years ago drew 1,200 students. JScreen’s target audience is obviously young adults, but it has found addressing parents and grandparents to be helpful as well.

“We want bubbys and zaidys to get involved,” said Kener. “They can sponsor their grandkids’ testing, and Hadassah groups, whose members have kids are of marriageable age, have been among our best audiences. We also go to happy hours and to college campuses and are working nationally with Hillel groups. We want this to become a community initiative and when people plan a wedding, this should become part of the process.”

With the majority of the population carrying genes for at least one genetic disease, there should be no stigma attached to receiving a positive result, remarked Kener. “It is very common to be a carrier,” said Kener. “There is no shame there.”

In addition to having its moment in the spotlight in the fifth episode of the YouTube comedy series “Soon By You,” which profiles the life of Modern Orthodox Jewish singles in New York City, and having been covered by various Jewish media outlets, JScreen was also featured in Parents magazine which has a circulation of more than 12 million. Still, Kener wants to see JScreen going even farther.

“We have already screened 10,000 people which is a lot, but it isn’t enough,” he said. “There are so many Jews we haven’t reached yet. If there is one Jew somewhere out in a remote corner of North Dakota, we want to reach them. That is our goal.” 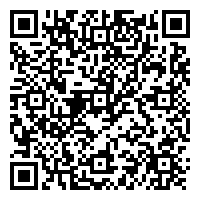