﻿A few weeks ago, my family and I arrived in Cleveland on a Sunday afternoon. Early the following morning, my father, Rabbi Dovid Schochet, was scheduled for a serious operation, which at his age and condition could be life threatening.

For weeks, ever since the large growth was “accidentally” discovered on my father’s kidney, the tension had built. The doctors’ prognosis was grim and we hoped that it wasn’t too late for this cancerous growth to be contained, after which nothing medically would help. Divine intervention had led my parents to a world-class specialist in Cleveland.

Late Sunday night, my father emerged from his bedroom in a Cleveland hotel and joined my sister and me in the adjacent area. He sat down at the table and opened his book of Tehillim (Psalms).

He explained, “Tomorrow, we will have to be in the hospital early and I will be very rushed after the davening. I won’t have time in the morning, so I wanted to recite the children’s Tehillim tonight.” My father’s custom, ever since I can remember, was to recite daily the chapters of Tehillim correlating with the age of each one of his many children and grandchildren.

It struck me that he wouldn’t forego an opportunity of praying on our behalf.

My father then dialed my brother, who was staying a few blocks away. “Please meet us here early tomorrow morning,” he requested. “I want to make sure to bentch all of you before my surgery.”

My father replaced the receiver. “Daddy,” I began. “We don’t want your blessing tomorrow. We want it after the surgery, for many years to come!”

My father smiled tolerantly at his youngest child, “Yes, Chana. I definitely hope to bless all of you for many years to come. But tomorrow, too, is an auspicious opportunity and one never knows…” His voice trailed off before he continued. “The final moments of life can be the most important ones. We are fortunate when we have a chance to prepare properly.”

I lay awake in bed that night. My mind restlessly grappled with the question, how could I possibly say good-bye to someone who meant so much to me? How could I convey to him through mere words my appreciation for his lifelong of giving?

The question twisted and turned in my anguished mind, amidst the doubt, hope and fright wrestling there. Before long, morning mercifully dawned, providing an escape from the tormenting night.

My sisters, mother and I were waiting nervously by the time the men had returned from shul. My father stepped into the other room to call each of us for a private, secluded moment of blessing.

My father beckoned to me and I forced my feet, which felt like a pile of cement blocks, forward. He lifted his hands above my head and silently mouthed the traditional blessings. As he concluded, fresh tears stained my already wet cheeks and he hugged me.

I gazed into his wise, blue eyes, eyes that for so many years had interacted with me smilingly and with such teasing humor.

I heard my voice managing, “Daddy, thank you for being such a wonderful father all these years.” I sucked in some air since my chest felt like it would collapse under the crushing burden.

My father, who was sent by the Lubavitcher Rebbe more than 45 years ago to establish the Toronto Chabad community, and who served at its helm as its beloved rabbi, was more than a father. I forced myself to continue, “There hasn’t been a day in my life that I haven’t felt such a pride in being your daughter.” I paused for a second, “And may G-d allow you to continue for many years to come.”

I noticed a tear escape my father’s eyes. Moments later, we all left the hotel together to walk the five-minute trek to the hospital surgery room….

We sat in the lounge of the Cleveland Clinic. Comfortable couches were arranged into discussion centers. But instead of lively, animated chatter, the room was filled with a subdued undercurrent of talk, attesting to the serious tension filling this room, where families await news about the surgery of their beloved.

We tearfully left the bedside of my father, as the intern wheeled him to the pre-operating room. I can’t begin to imagine the emotions pulsing through him as he said the Vidui (confession) prayer, or as he bequeathed all his worldly goods as a gift of inheritance to my mother and informed us how his sefarim (books) should be divided should the worst occur. Nor can I fathom how he had the presence of mind to speak about the halachic implications of burying his removed kidney or how he remembered to tell us to return a book he had borrowed from a local synagogue.

I marveled, too, at my mother’s courage as she parted from my father, her husband of almost 50 years. She looked at him bravely and said, “You’ll be alright. I know you will.” She smiled encouragingly, but I was privy to the heart-wrenching turmoil that she faced within.

The surgery was scheduled to last several hours. We sank comfortably into our couches, doing the only thing we could do, endlessly mouthing words of Psalms, desperately entreating our Father in Heaven to grant my father many more years of earthly life. During this time, I glanced around the lobby and noticed many other families sitting and waiting. Some were whiling away their time with card games, while others were thumbing through popular magazines or newspapers. I felt immensely grateful to have the gift of prayer, so that I could utilize these strained hours constructively.

As the hours passed, I noticed many families leaving. Some were exuberantly joyous, while others were dejected and forlorn, their hearts shred to pieces after learning a negative
outcome.

I remembered then, how, at this very hour, scores of people, in yeshivah, shuls, camps, and study groups around the world, were praying on my father’s behalf. Countless individuals who had been touched by him had approached me, misty eyed, on the streets or in the grocery store with their well wishes, or to whisper in my ear the good deed that they had taken upon themselves in his merit. I pictured all those prayers, all those positive acts and all those chapters of Tehillim rising up, heavenward, providing an enormous spiritual shield.

A short while later the organizer of the Bikur Cholim organization of Cleveland came to greet us, laden with packages, full of sandwiches and other refreshments.

Many foreigners from around the world come to Cleveland, seeking the help of respective specialists from this reputable clinic. The Cleveland Jewish community has responded to this challenge with a remarkably organized and professional network of volunteers, providing all kinds of support, medical advice, meals, a place to stay and anything else that a visitor might need. As this woman wished us well, we all felt enriched by more than the food that she had left with us.

It was now our turn to learn that, thank G-d, the operation had concluded successfully, the kidney was saved, the growth was removed, and it had not spread! We wouldn’t know for certain for a few days, but from initial testing, it appeared that the tumor was not cancerous – something that occurred in less than five percent of such cases!

Hearing such miraculous news, my obvious reaction was to open my worn Tehillim once again. From the depths of my being, I expressed my gratitude.

Soon after, we rushed to the recovery room. We stood at my father’s bedside, our hearts bursting with joy and thankfulness, as we watched my father open his eyes, smile weakly…and silently mouth the Minchah (afternoon) prayers.

I can’t remember a sight as beautiful as watching my mother gazing deeply into her husband’s eyes. Words are not rich enough to describe the joy in her face as she stood almost wordlessly, love and joy washing over her smiling features.

On behalf of my family, I’d like to thank the many individuals who have helped us with their acts of chesed During our trying time. And moreover, I thank the Ribbono Shel Olam for His supreme chesed and rachamim.

Chana Weisberg is the author of The Crown of Creation and The Feminine Soul. She is the dean of the Institute of Jewish Studies in Toronto and is a scholar in residence for www.askmoses.com. She is also a columnist for www.chabad.org’s Weekly Magazine. Weisberg lectures regularly on issues relating to women, relationships and mysticism and welcomes your comments or inquiries at: weisberg@sympatico.ca. 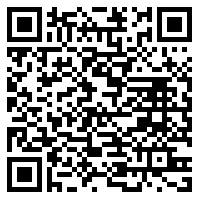