Sister Rose’s Passion is a documentary film on the life of Sister Rose Thering, a life that stood for love of Jews, for fighting prejudice, anti-Semitism and Holocaust denial. The film won an award at the Tribeca Film Festival and was nominated for an Academy Award in 2005, a year after it was made. And the heroine of the documentary, Sister Rose Thering herself received more than 80 humanitarian awards. Among them, the Anti-Defamation League’s Cardinal Bea Interfaith Award, was its first prize ever awarded to a woman.

It was in her early childhood that Rose instinctively rejected expressions of anti-Jewish prejudice. Born on Aug. 9, 1920, the sixth of 11 children, she grew up on a Wisconsin farm where Jews were spoken of in whispers, where in her parochial school catechisms and other religious texts portrayed Jews as Christ-killers. Rose, having learned of the stereotypical messages of intolerance early in life, found them truly troubling. She joined the Sisters of St. Dominic at 16, and earned a bachelor’s degree from the Dominican College in Racine in 1953, a master’s degree from the College of St. Thomas in St. Paul in 1957 and a doctorate at St. Louis University four years later. In recognition of her interfaith work, the Rose Thering Endowment for Jewish-Christian Studies was established at Seton Hall in 1992; it has given scholarships to 350 teachers for graduate studies on the Holocaust.

Later, as a teacher, she examined the Catholic textbooks of her students critically and was shocked by what she found. She was in her 30’s and had been teaching for some time when she resolved to act against what she saw as a fundamental flaw in church teaching. “I had ordered the most widely used Catholic religious teaching material from high school and grade school,” Sister Rose recalled. “When I began to read, it almost made me ill.” She cited a passage that asked, “Why did the Jews commit the great sin of putting Jesus himself to death?” and another declaring, “The worst deed of the Jewish people was the murder of the Messiah.”

The result of Sister Rose Thering’s indignation was her study of anti-Semitism in Catholic texts and a dissertation for her 1961 doctorate at St. Louis University that propounded the evidence: textbooks and preaching that proliferate calumnies against Jews and Judaism.

In 1962, when Pope John XXIII convened the ecumenical council known as Vatican II, he used Sister Rose’s study to draft portions of the historic Vatican document “Nostra Aetate” (“In Our Age”). It was this document that reversed church policy and declared of Jesus’ death “what happened in his passion cannot be charged against all the Jews, without distinction, then alive, nor against the Jews of today.” Her conclusion: “The Jews should not be presented as rejected or accursed by G-d,” is a most significant contradiction to age-old church doctrine.

“They were 15 lines in Latin,” Sister Rose commented later about Nostra Aetate, “but they changed everything.” Indeed, in Catholic texts, in sermons, and in other pronouncements of the church, a new attitude toward Jews was officially adopted and discussions between Catholics and Jews have been elevated to a more respectful plane. At Seton Hall, where she joined the faculty in 1968, Sister Rose established workshops on Judaism for church leaders and teachers, helped write a law mandating the teaching of the Holocaust and genocide in all elementary and high schools in New Jersey, and led student groups on 54 tours of Israel.

After her death at age 85, ADL’s Abe Foxman summed up Sister Rose Thering’s life: “She changed the course of history. She was a woman of valor who brought enlightenment, honor, scholarship, and pure passion to remembering and teaching about the Holocaust, to battling the demon of anti-Semitism and to challenging the ignorance and prejudice and the teaching of contempt for Jews.” 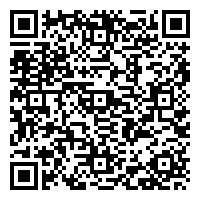