The word “mindful” can be construed in two ways: it can mean being alert and aware or thoughtful and considerate. It depends on the context and, sometimes, both meanings can apply.

I recently experienced firsthand a situation in which a young bochur was not mindful, in the sense of being considerate, and thus was totally unaware aware that he could have been causing a chillul Hashem.

While waiting to board a flight, I was asked by the agent if I would be willing to give up my seat “so a family could sit together.” It was right before Sukkot and there were several frum families at the gate and I assumed the request was to accommodate them, so I willingly did (as did several other travelers). I, however, was assigned a window seat – something I try to avoid.

Sitting next to me were two teenaged yeshiva bochrim. I asked the one sitting in the aisle seat if he would trade with me.  I am machmir on walking up and down the plane every hour or so although, baruch Hashem, I have no medical need to do so. (I am trying to be mindful so as to prevent one in the future!) The bochur said he preferred the aisle seat.

I was disappointed but assumed he might need to use the bathroom often, or stretch his legs often, like I wanted to do. Shortly after takeoff, however, he opened his tray table, plopped his head down and “slept” for the next three hours, getting up only once when his friend nudged him out of his stupor – so he could get out of his seat, a situation I took advantage of as well.

I couldn’t help but think that if I was a non-Jew, I would look at this teenage boy in his black kippah and suit – very obviously a Jew – and think negatively of him and his people.  How selfish to keep the aisle seat when he never once got up from it during the flight. He could have just as easily napped at the window – and accommodated the request of a much older lady. I found myself thinking that his derech eretz was lacking.

As visible Jews, we have to be vigilant and very mindful of our actions. I know he was just a kid, and his youth contributed to his lack of awareness, but we are princes and princesses and, like royalty, are held to a higher standard. The nations of the world don’t easily give us the benefit of the doubt – even in situations where we clearly are in the right.

There are many instances where being mindful can actually be lifesaving, for oneself and for others. Over the years I have read disturbing articles in the news about children and elderly people found dead or barely alive because no one had been in touch with them, or in the children’s case – with their caregivers – on a daily basis. I remember in one horrific case, an elderly woman, the victim of a robbery, was locked in a closet. I would like to think the robbers assumed someone would find her and free her within a few hours. She must have lived alone, and no one came looking for her for days.  She died in that closet, unable to free herself.

Several news stories revolve around infants whose caregivers died suddenly. The lucky ones were found before they died of thirst/hunger.

I have written several columns in the past explaining the need for a “safety chavruta.”  There are many people who live alone, either by choice or circumstance.  It doesn’t matter if they are old or young.  No one is immune from a mishap, like having a stroke or heart attack or being hurt in a fall.  There is the mentality that “it won’t happen to me” and, statistically, if you are young and healthy, it won’t happen.  Yet lately I am hearing of high school/college athletes dying while playing their sport. They likely are one in hundreds of thousands – but similarly, the odds of winning a lottery are a million to one – yet, someone does win!

Cancel Culture and the Jewish Experience 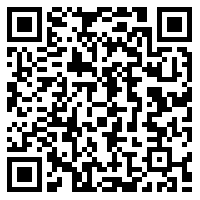