Like most college students, I have always considered myself an expert at multi-tasking. Juggling seven undergraduate classes, two part-time jobs, a position as section editor of the school paper, and drama society plays each semester seemed like a perfectly reasonable division of my time – until one of my employers confronted me about it.

She had attempted to call me while I was running between classes, and left a voicemail requesting I call back. But between all of my responsibilities that day, I could not find a spare minute to sit down and do so. The next time I was at work, she said, “You think you can just juggle everything and fit it into your busy schedule, but multitasking doesn’t work! Scientific studies have shown that your brain can’t do it.”


Although I still firmly believed myself capable of multitasking, I had to begrudgingly accept the scientific evidence on multitasking’s shortcomings, since a quick Google search revealed a flurry of studies over the past decade have indicated that our brains are not wired for multitasking, contrary to what we may believe. Fighting the “multitasking myth,” neuroscientists such as Earl Miller insist that we are deluding ourselves if we believe we can focus on more than one thing at a time. In fact, attempting to juggle multiple tasks is distracting as our brains shift focus from one task to another with great speed, with similar tasks competing to use the same part of the brain. This prevents deep focus on any one specific area and overwhelms the brain, causing stress. Psychologists and scientists point out the irony of multitasking: we think we are getting more work done but it is actually making us less efficient.

Although this is a valid argument against multitasking, these studies do not take into account the circumstances that lead people to multitask. Often we do not need to be sharply focused on any one specific task, but simply need to manage multiple responsibilities. A working mother who needs to calm her baby while preparing a dinner and taking a work-related phone call will not worry about her inability to intensely focus; her main priority will be to manage all three tasks simultaneously to the best of her ability.

While multitasking is not ideal, it is often necessary and unavoidable. Our busy lives create a reality in which focusing on one task at a time becomes impossible. Yes, there are times when multitasking can be dangerous and should be avoided – texting while driving is a prime example, since texting slows a driver’s response time more than being drunk or stoned. But in situations where the only thing at stake is whether or not we can focus deeply for maximum efficiency, multitasking enables us to handle a greater number of tasks.

Despite its setbacks, multitasking is an important life skill. Focusing on our responsibilities singly is ideal, but only when it is possible.

After all, I know I would not have been able to handle being a full-time college student while working to pay rent and remaining involved in meaningful life-shaping extracurricular activities without multitasking. 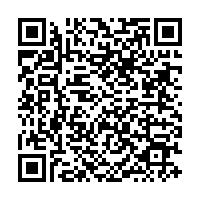