Alexander Solzhenitsyn (1918 – 2008) was a Russian novelist, historian, and outspoken critic of the Soviet Union and its totalitarianism who was almost single-handedly responsible for informing the West of the horrors of the Soviet Gulag.

Though his work was long suppressed in Russia – he was permitted to publish only one work there, One Day in the Life of Ivan Denisovich (1962) – he published many books in the West, most notably his defining masterwork The Gulag Archipelago (1973). He was awarded the Nobel Prize in Literature (1970) for “the ethical force with which he has pursued the indispensable traditions of Russian literature.”


Solzhenitsyn opposed not only communism, however, but also western democracy in general and freedom of the press in particular. He was in essence a fundamentalist who sought to reverse the spread of democracy and to return the world to a pre-Renaissance state – and, as we shall see, he likely was an anti-Semite.

Though Solzhenitsyn and Elie Wiesel (1928-2016) were frequently connected in the world of literary criticism for their eyewitness accounts of life in a labor camp – Solzhenitsyn writing about the barbarisms of the Soviet Gulag and Wiesel telling the horrors of his life in a Nazi concentration camp – the two authors exhibited important differences in both approach and objective.

Though Solzhenitsyn was a prolific writer, his letters are extremely scarce, making this sharp August 25, 1987 correspondence to Wiesel with its important literary association a particularly valuable and attention-grabbing rarity:

No, I cannot accept your idea in your letter of August 17. A literary work describes any event immediately from many (and sometimes contradictory) sides, it gives a volume representation of reality, and readers can draw from it sometimes quite different conclusions. Any publicistic [sic] work, any political speech unavoidably simplifies and coarsens events, makes them unilinear, attaches to them an overly insistent vector. Thus, no – this is not at all an author’s task.

In this regard, it is fascinating to note Wiesel’s statement to interviewer Harry James Cargas, published in Elie Wiesel: Conversations (1976): To be a captive writer and to try to write against the whole regime, fight it with words, is not easy. We try to fight the whole world with words. The difference between Solzhenitsyn and our kind of writing is that he wrote with words; therefore, he writes these huge books in the Tolstoyan tradition. We write against words. We don’t trust words as much any more. At the same time, we trust them too much; we know their power. Therefore, we write so little, so condensed; we are unsure of ourselves. We are afraid of words betraying us and us betraying the words. Solzhenitsyn doesn’t have that fear and he can afford to write these huge, huge novels.

Though Solzhenitsyn has often been accused of anti-Semitism, there exists sharp division as to the validity of that characterization. Proponents argue that he was a Russian ultra-nationalist and anti-Semite in the mold of Dostoevsky, but those who reject accusations of anti-Semitism insist he merely held the Jewish people to the same standards of repentance and self-limitation as he held other nations. But the charges of anti-Semitism against him did not arise in a vacuum, and the issue had frequently been discussed in the Russian emigre press and in Jewish publications.

Wiesel’s somewhat inconsistent position on Solzhenitsyn reflected both praise and disappointment. On the one hand, he publicly characterized Solzhenitsyn as “an authentic hero” who is “too intelligent, too honest, too courageous, too great a writer. For Solzhenitsyn to be an anti-Semite would be wholly out of character.” On the other hand, he qualified such statements by noting that “I am only disturbed by what seems to be [his] unconscious insensitivity to Jewish suffering.” This dichotomy is particularly evident in “Why Solzhenitsyn Troubles Me,” an important essay in Wiesel’s A Jew Today.

Wiesel begins by expressing his admiration for the great Russian writer’s courage and talent, characterizing Gulag Archipelago as “a cry of terror uttered by the powerless witness.” He describes Solzhenitsyn as “a messenger who speaks in the name of innumerable victims the executioner has silenced for good” and sees in him “a conscience obsessed by Justice and truth.”

Of particular interest, he notes Solzhenitsyn’s confirmation of a highly-disputed account Wiesel had presented in The Jews of Silence (1966): that before his death Stalin had decided to exile all Russian Jews to Siberia. In fact, Solzhenitsyn added more details, including Stalin’s plan to stage a public hanging of all “the treacherous Jewish doctors” in Red Square, to be followed by perhaps the largest pogrom in history, which was to be enthusiastically joined by the entire Soviet population against the Jews.

As to the many reports and accounts of Solzhenitsyn’s anti-Semitism, Wiesel writes – perhaps naively – that he refused to believe such nonsense; a great writer cannot be an anti-Semite because “he cannot refuse compassion and his help to victims of the most tenacious hatred in history.” Yet the major theme of the article is his deep offense at Solzhenitsyn’s lack of reaction to the monstrous horrors perpetrated against the Jewish people by both Stalin and Hitler.

Solzhenitsyn, writes Wiesel, conspicuously ignores Stalin’s Jewish victims. He considers the persecution of priests, but not rabbis and Talmudists; he describes actions taken against Christianity but not against Judaism; he devotes considerable attention to the torments of Christian believers but omits entirely any discussion of the heroic resistance of Torah-true Jews; and he is silent about crimes perpetrated against Jewish culture and its spokesmen, including the “disappearance” of Jewish artists and Stalin’s bloody purge of Yiddish writers.

Wiesel also takes issue with Solzhenitsyn’s great love for czarism despite the czarist era’s anti-Jewish laws, pogroms, and massacres. He writes that the great Russian writer’s attitude toward the Jews is unworthy of him and that the only possible conclusion is that he was, at best, determined to ignore the Jewish tragedy and, at worst, eager to belittle Jewish suffering.

However, the editor who had assigned Wiesel to review Gulag Archipelago put him on the spot by noting that he, Wiesel, had never written about non-Jews at Auschwitz, including Gypsies and Polish Catholics. Wiesel remained embarrassingly silent before quietly acknowledging that the point was well taken.

The usual debate that frequently applies to an author’s rendering of characters with certain racial attributes rages with respect to Solzhenitsyn’s portrayal of his repugnant Jewish characters. Some critics contend these characters constitute a broad metaphor for the Jewish people in general and evidence a deep-seated anti-Semitism. In a comprehensive examination of the question that appeared in Midstream, a publication of the Theodor Herzl Foundation, author Mark Perakh wrote of the disproportionately large number of repulsive Jews who seem to appear in Solzhenitsyn’s work. Others, however, maintain that those particular characters only happen to be Jewish and that, in fact, he portrayed other Jewish characters favorably.

Questions regarding Solzhenitsyn’s thoughts and opinions about the Jews multiplied after he published Two Hundred Years Together (2001), a two-volume nonfiction work on the history of Russian-Jewish relations in which he describes the role of the Jews in the Bolshevik revolution and Soviet purges.

Among other things, Solzhenitsyn declares that anti-Jewish pogroms in the Russian Empire were not government-sponsored but, rather, generally unprompted acts of violence by the general population. He urges that Jews, as “apostates” singularly responsible for the Russian Revolution, be held accountable for the “revolutionary cutthroats” among them, and he even goes so far as to claim that Jews received better treatment than “ordinary Russians” in the Gulags.

His first of two primary themes is that Jews were as much perpetrators of communist repression as its victims and that repressive measures against the Jews were justified as protection of the rights of the Russian people who had suffered greatly from Jewish exploitation.

Moreover, according to Solzhenitsyn, Jews throttled the Russian merchant class and flooded retail trade with contraband; promoted alcoholism among the peasants; and refused to engage in factory labor and agriculture, including an unwillingness to till the land in Russia, Argentina – and Eretz Yisrael (!). They used Kabbalah to lead Russians to sacrilege; incited sectarianism and enfeebled the financial system; and, in general, manifested undue influence on the czarist government.

He also writes that the Jews themselves were responsible for the pogroms against them.

Textological experts concluded that Two Hundred Years Together and a vile anti-Semitic essay titled Jews in the USSR and in the Future Russia were incontestably written by the same person. But Solzhenitsyn claimed the essay had been put together from manuscripts stolen from him by the KGB and edited by the Soviet state to be used against him.

Even if Solzhenitsyn’s claim in that regard is true, it would in no way mitigate the anti-Semitic outlook he expressed in Two Hundred Years Together, and which he never recanted. 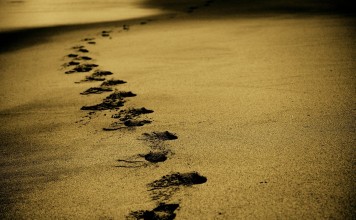 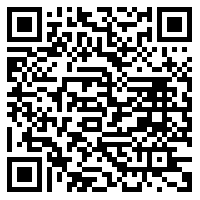