* Two players with Jewish mothers were on post-season teams – outfielders Joc Pederson of the Los Angeles Dodgers and Kevin Pillar of the Toronto Blue Jays.

Pillar, who at the urging of his maternal grandparents had a bar mitzvah, enjoyed a solid season, batting .278 with 12 home runs and 25 stolen bases while making some great defensive plays.


Pederson, also a fine defensive outfielder, batted a disappointing .210 and hit most of his 26 home runs in the first half of the season.

* The Kansas City Royals and the New York Mets deserved to meet in the World Series, as they were clearly the best teams in their respective leagues. But they must sign key free agents if they are to go deep into the post-season again next year.

* I expect the Cubs to sign free-agent pitcher David Price, who would love to be reunited with Cubs manager Joe Maddon, who managed Tampa Bay early in Price’s career. The Cubs have a core of good young hitters but didn’t have enough starting pitching to go deeper in the post-season.

* The Houston Astros also have a core of good young players and with the right trade or free agent could play in the 2016 World Series. Speaking of Houston, hats off to my favorite player, Jose Altuve. The 5-foot-5 Astros second baseman collected 200 hits, batted over .300, and stole more than 30 bases for the fourth straight year.

Here are some other notable performances in 2015:

* What was more surprising, that the Mets and Cubs played each other for the right to represent the National League in the World Series or that the Boston Red Sox and Detroit Tigers had the worst records in their respective American League divisions?

Injuries hit the Tigers hard as sluggers Miguel Cabrera and Victor Martinez combined for only 29 home runs, 28 fewer than in 2014. Martinez also batted 90 points under his 2014 average.

Just before the trade deadline the Tigers shipped star players David Price to Toronto and Yoenis Cespedes to the Mets for some young pitching prospects. Price went 9-1 with a 2.30 ERA for Toronto and Cespedes hit .287 with 17 homers for the Mets in the last two months of the season.

Perhaps the biggest shock for Tigers fans was the firing of president and general manager Dave Dombrowski after the trades of Price and Cespedes. Dombrowski wasn’t unemployed long as the Boston Red Sox quickly inked him to run their entire organization.

Alex Avila, Dombrowski’s assistant for 14 years in Detroit, was promoted to vice-president and general manager and promises to add the needed pitching to get the Tigers on the other side of the standings next year.

With Boston and Detroit having money to spend, it should be an interesting winter for Red Sox and Tigers fans.

Surprisingly, both the Red Sox and Tigers, who had bad seasons, outdrew the Mets. The Red Sox averaged 35,564 to games at Fenway Park while the Tigers averaged 33,654 at home. The Mets only averaged 31,725 at Citi Field.

The Mets had a great 2015 and can look forward to another good year next season, but let’s not forget former general manager Omar Minaya’s role in building the team. Fired after the 2010 season, Minaya had drafted Jacob deGrom, Matt Harvey, Steven Matz, Jon Niese, Daniel Murphy, and Lucas Duda, all of whom were important parts of the 2015 National League championship team. 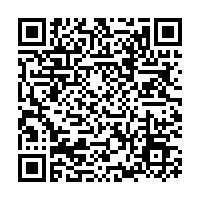